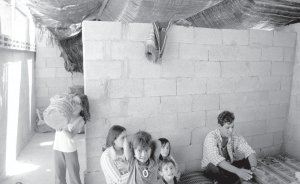 How has Israel dealt with the Internally Displaced?

The first years of displacement
Israeli officials who made the decision to prevent the return of the displaced to their villages, were guided by three main considerations: first, the state need for land for housing projects to absorb Jewish immigrants expected from Europe and the Arab states; second, some villages were located in areas considered of strategic importance by the military, and, fearing another war with Arab states (with the aid of the Palestinians), the Israeli authorities decided not to leave these villages in Arab hands. The third and last consideration had a vengeful and punitive dimension: Israel wanted Arabs to suffer the consequences of their rejection of the United Nations Partition Plan and of starting the war.