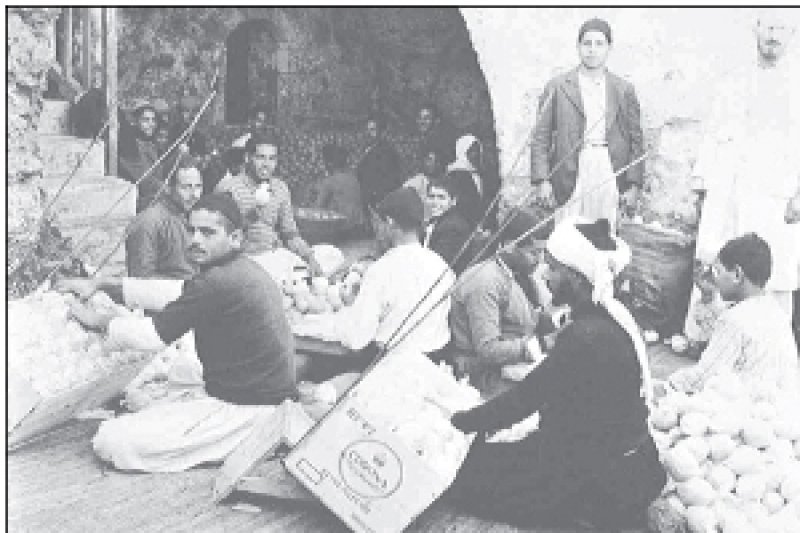 Oral history was, and will remain, one of the main sources of socio-historical understanding. One can say clearly that oral history is as old as history itself, especially important before the advent of writing as a means of communication, and later on as a main source for documentation. In the seventh century - the early years of Islam - and later on, controversy reigned over interpretation and the authenticity of the collected hadith (the oral speeches of the Prophet Muhammad), and other prominent personalities including al-Sahaba, who accompanied him in his prophetic mission.

The gathering of all the spoken hadiths of the prophet from oral sources of his companions, and the long period that elapsed before recording in writing, poses a serious question concerning accuracy and authenticity of the collected accounts.

It took Islamic/Arabic scholars long years of investigation, analysis, and comparisons to reach what was believed to be the final version of the exact words of the Prophet. Al-Bukhari, the Arab Islamic historian, was one of the most well known prominent literary figures of the classical period who challenged the authenticity of hundreds of the different versions of hadiths that were recited by different people after the death of the Prophet. He reduced the numbers of hadiths to less than 2 or 3 after spending years of collection, analysis, investigation and comparisons. The process of this analysis demonstrates to us today the highly scientific and well-researched methodology that our ancestors employed in attempting to present the most authentic registration of the oral accounts of the Prophet and his companions. In many cases, al-Bukhari would travel hundred of miles on his horse to hear some one who was recommended by others as a reliable and confident source of remembering the hadiths of the Prophet. One could say that al-Bukhari was one of our Arab Islamic pioneers in establishing the best techniques and modes of verifying the oral accounts and histories before writing them down as a credible source of documentation.

With the advent and advance of printing, the role of the written document and the validity of its testimony assumed a quasi-religious status – with the assumption that the written word always presented the most reliable account of historical events. But in recent years, and with the development of post-colonial and subaltern studies, question marks began to emerge concerning the validity of written documents as the only source of recovering the historicity of the events. Certain post-modern historians began questioning the ‘objectivity’ of the ‘event’, and the influence of the ‘subjective’ when recording or registering the ‘objective’ event. Finally, we are obliged to answer the fundamental question: who made history? And what about the experiences and the accounts of the ‘illiterate’, the ‘marginalized’, the ‘colonised’ and the ‘oppressed’? Are these forces considered to be an inclusive part of our modern history? And what are the best means of registering and preserving their version of histories?

Subjectivity and the tendency of those in ‘power’ to present their personal version of the facts jeopardized the whole concept of ‘total objectivity’. Only recently, oral history began to establish itself as an independent discipline with its own theories and research methodologies, especially after people realized the inadequacy of traditional historical methods. In November 2003 on a visit to South Africa to study what South Africans have done to provide restitution of land and property in the last ten years of the post-Apartheid era, Land Commissioner Tozi in Pretoria told us that they will employ oral history techniques to identify the lands of the black people who had no written documentation and titles of their expropriated land, together with other techniques such as family genealogical trees and cemeteries of their ancestors.

The use of oral history is assumes a central and invaluable place in Palestinian historiography because of the massive lack of information concerning our past and modern historiography as well, and especially because of, the strong and dominant discourse of the Zionist movement, who succeeded, to a large extent, to marginalize the indigenous people’s accounts and narratives.

Hundreds if not thousands of books have been written to analyse the Palestinian situation from almost all aspects: historical, social, economic, psychological, political, etc. But one fundamental and critical aspect is absent until now, with a few exceptions, namely recording history directly from its authentic voices, or 'actors' (to use theatrical language). The majority of the Palestinian people, who are fellaheen (peasants), and who lived all aspects of 'real' life are absent from historical documentation; in daily life in the fields, in their houses, or in war, imposed on them from external forces. Not only men, but women voices too are also absent, neglected and marginalized in many ways, though they are half of society. The narratives of the neglected, the marginalized, the alienated, are almost totally absent from our historiography. Until now, we have only the official Palestinian documentation and the Israeli version of the events. But the question is still being posed: why have the Palestinians not accomplished the main task of narrating their own histories and accounts by themselves and not through indirect and the mostly selective representation of others?

A prior and vital question is: do we really want to know our modern history or not? And second, do we believe in new definitions of culture and history, far from the elite’s concepts and their vision and version of history?

After nearly 60 years of uprooting and exile in one of the biggest ethnic cleansing operations in modern times, we still have less than forty books written about the destroyed villages, what about the rest - as many as 531 villages according to one authority? Indeed, for fifty years our academics adopted the number 418 for the villages destroyed in or after 1948, until Salman Abu Sitta1 and other Israeli sources came up with well documented maps showing 531 localities, including all the localities and hamlets in the Naqab desert. Thanks are also due to the personal engagement of Ghassan Shihabi, who published more than ten books about demolished villages on his own: Dar al-Shajara-Damascus. There may be even more villages still waiting to have their place in modern history.

Given the huge loss of documents due to the sudden uprooting of the population from their houses and lands, there is only one way to fill the gap: to record the lives of the pre-1948 generation through oral history methods as quickly as possible. According to the last estimate of a Palestinian demographer: Palestinians aged over 68 represent between 3.3 - 3.9% of the whole population. This would make the pool around 210,000 (counting only Palestine and the Arab host countries, as Rosemary Sayigh wrote in the editorial to Al-Janna magazine).2

Although it is only through practice that one can properly control the recording and later editing and transcription of the interviews, there is an urgent need to train people in this new methodology. The project needs to be adopted by a university or institution so as to train the few who are interested to continue this work. The destroyed villages are only one possible topic, there are tens if not hundreds of projects that could uncover recent histories still lying in the dark.3 As long as our modern history is not recorded properly, the mistakes will continue on the same basis, and the representation of the Palestinian people will never be as it should be.

The experience of Ghassan Shihabi in al-Yarmuk camp, in Dar al-Shajara, is a good example of villagers themselves publishing books about their own experiences. Shihabi published a book about Tantura before Teddy Katz wrote his study of the massacre.4 Because Shihabi’s book is in Arabic, no one knows about it, while Katz’s study became famous, even though he subsequently withdrew his accusations against the Israeli army. Teddy assured me last time I saw him in Jerusalem that he will continue his claims about the massacres committed in Tantura.

People do not always agree about this or that version of the story. I will give an example: a book about Lubya written by Ibrahim Shihabi provoked another man from another family, Yousef Abu Dhais, to write another book about the village because he thought that Ibrahim’s book was incomplete. I think this is normal, and a positive sign. We could solve this problem by pushing to establish a qualified committee to help, coordinate, and support future projects, and to archive what is published already. Most of our modern documents are in the Zionist archives, in UNRWA, in the UNCCP; when we shall restitute our own history remains an open question. Could it be the task of the Right of Return Coalition Committees, or a special institution for oral history? Or a well-known Palestinian university? The new Israeli historians have done a lot to reveal the ethnic cleansing policies of the successive Israeli official narrative. The rest of the job is for Palestinians to rewrite the modern history which has not yet been written.

Dr. Mahmoud Issa is a Palestinian independent researcher living in Denmark and a member of the Right of Return Coaltion. Contact: This email address is being protected from spambots. You need JavaScript enabled to view it.

2. This project of the demolished villages will continue through the coming years with a museum exhibition that will comprise all the documents, the transcripts of 700 interviews, photographs, and a model of Lubya before its destruction in 1948. This exhibition will move from one city to another and to other museums in Europe, with the hope of eventually sending it to Palestine. Others from the same village or area will be asked to contribute to the exhibition when it reaches their city. This project is an educational one for university students, for lay people interested in our culture, and for Palestinians born after the 1948 nakba, to get to know their roots and their origins.

More in this category: « Editorial: Encompassing the Voices: Building Palestinian History The Role of Oral History in Archiving the Nakba »
back to top