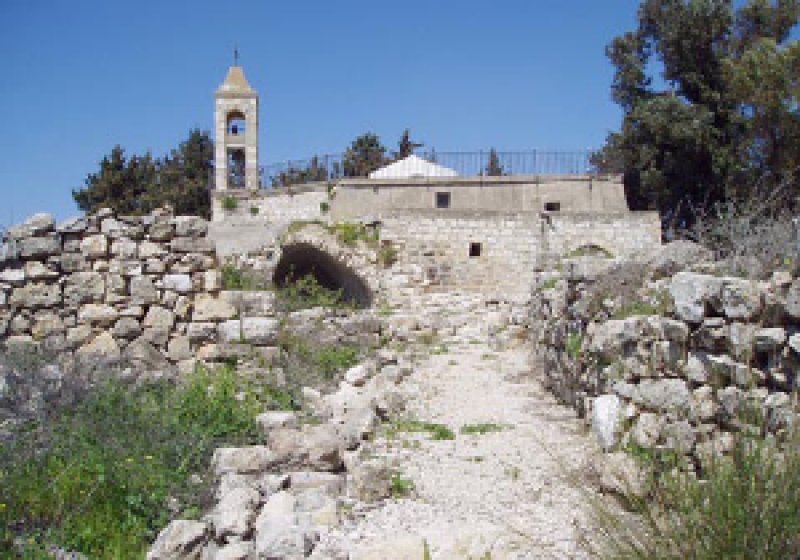 While the experience of Kafr Bir’im in 1948, as well as the nearby village of Iqrit which faced a similar fate, illustrates Israel’s direct responsibility in creating the Palestinian refugee problem, the case is important for another reason – the unique struggle of the displaced for return and restitution.

For more than five decades, displaced Palestinians from Kafr Bir’im have led one of the most intensive struggles for return and restitution on two related fronts – political-legal and social. The firstfrontwasdirected towards Israel in order to allow them to return to their homes of origin. The second front focused on the displaced themselves, especially the new generations from the village, in order to keep the struggle for return alive. On both fronts, the church has played a central role.

On the political-legal front, the struggle of the displaced started from the first day of exile, by holding meetings with and writing to officials, ministers and policymakers. These contacts produced some results, such as allowing the displaced from Kafr Bir’im to use some of their land, but these contacts failed to achieve the main goal of the displaced - return and restitution.

Turning to the courts

The displaced then turned to the Israeli courts. In July 1951, the Israeli Supreme Court ruled that the displaced should be allowed to return to Kafr Bir’im. But they were still prevented from returning. In October of the same year the Court ordered the government to explain why it continued to prevent the displaced from returning to their village and lands. Israeli military forces subsequently declared the area a closed military zone and in 1953 destroyed the village.

The displaced from Kafr Bir’im have also drafted their own return and restitution proposals. These were submitted to a ministerial committee set up in November 1993 to discuss the subject of Kafr Bir’im and Iqrit. The Committee was headed by then Minister of Justice David Libai. A committee of the displaced from the village presented four detailed proposals for a “return plan”, with answers to the main Israeli “concerns”.

On 24 December 1995, however, the Committee recommended that each person originally displaced in 1948 (together with two of his descendants) has the right to a long term lease for half a dunum (0.125 acres) to build a home. It also recommended granting 600 dunums (150 acres) for all the uprooted people who were driven away from their property instead of some 12,000 dunums owned by the village. The displaced people rejected the plan because it did not allow them to repossess their property and only enabled a limited number to return.

Social activities in the village

On the social front, there has been a process to strengthen identity and attachment to the village of Kar Bir’im. Efforts have been directed towards the second and the third generations who were not born in the village. It should be noted in this context that a positive refugee identity (i.e., “I’m from there”) and not the negative one (i.e., “I’m not from here”) is a central component of this socialization process. For example, the displaced have strongly rejected numerous government proposals for alternative land outside Kafr Bir’im, which could resolve many socio-economic obstacles related to their status as refugees and landless persons.

A number of social activities have taken place in Kafr Bir’im since the 1960s, when they started to bury the dead in the village cemetery (the first burial took place in 1956, with special permission from the military governor). In 1972 the first wedding took place in the village. Two years later, the displaced succeeded to get a permission to repair the village church. And since 1987, the displaced hold a one-week summer camp in Kar Bir’im with the participation of hundreds spanning three generations. Visits to the village to celebrate holidays have become a regular ritual.

While it is clear that after five decades Israel is not interested in allowing the displaced from the village to return, it is equally clear that displaced Palestinians from Kafr Bir’im themselves are not willing to give up their struggle. The efforts of the displaced over the past fifty some years are a testament not only to their persistence but also demonstrate the creativity of refugees in contributing to a solution to their plight.

Nihad Boqai’ is the Coordinator of Research, Information and Legal Advocacy at BADIL.

More in this category: « The Fate of Decolonized Land in the Gaza Strip and Northern West Bank Documenting Palestinian Refugee Claims: The Unfinished Job »
back to top