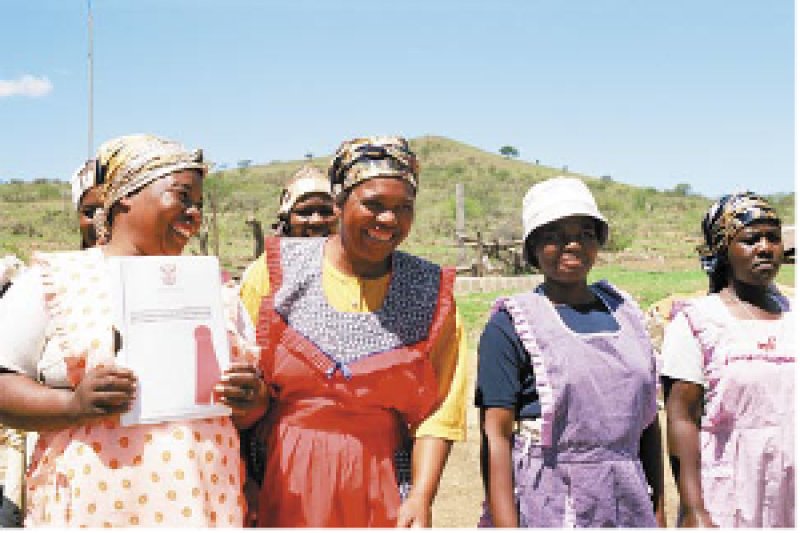 When people are left with no option but to flee by forces beyond their control, they are forced to take flight not only from their country or place of origin, but from their homes, lands and property – often ancestral ones – as well. For the displaced – whether within or beyond borders – returning home in safety and dignity is almost invariably their primary objective.

Recognising the inherent moral and legal logic in this widely held sentiment, in recent years various international human rights bodies have repeatedly reaffirmed the right of all refugees and displaced persons to return freely to their countries and places of origin, and to have restored to them housing and property of which they were deprived during the course of displacement. Displacement, therefore, is seen by its very nature to be temporary; unless a refugee freely chooses otherwise and opts to forego return for a new life in a foreign land. The legitimate expectation of the displaced, (and any ‘international community’ which is serious about resisting ‘ethnic cleansing’ or other illegal attempts to alter the demographics of a given territory) is to eventually return home. Consequently, when the displaced deem it appropriate to do so, thus, they should be accorded the rights and remedies required to enable them to exercise not simply the right to return to their original homeland, but the equally vital rights to recover their lands of origin, their housing of origin and their property of origin – their rights to restitution.

On 11 August 2005, the United Nations Sub-Commission on the Promotion and Protection of Human Rights took a major step in this direction with the endorsement of Principles on Housing and Property Restitution for Refugees and Displaced Persons. The ‘Pinheiro Principles’ (named after their author, Paulo-Sergio Pinheiro) are an important advancement in the fieldofrestitutionrights,andprovideimportant guidance in addressing the legal and technical issues surrounding housing, land and property restitution in situations where displacement has led to persons being arbitrarily or unlawfully deprived of their former homes, lands, properties or places of habitual residence.

The Principles recognize the right of all refugees and displaced persons to have restored to them any housing, land and/or property of which they were arbitrarily or unlawfully deprived, or to be compensated for any housing, land and/or property that is factually impossible to restore. The Principles also stipulate that “States shall demonstrably prioritize the right to restitution as the preferred remedy to displacement and as a key element of restorative justice,” and that “[t]he right to restitution exists as a distinct right, and is prejudiced neither by the actual return nor non-return of refugees and displaced persons entitled to housing, land and property restitution.”

The endorsement of the Principles by the UN represents the end of a four-year process by Pinheiro in his capacity as UN Special Rapporteur on Housing and Property Restitution. The impetus for drafting a universally applicable standard on restitution arose in part from the conclusions of his preliminary study in 2003, which recognized that serious problems still exist in the implementation of post-conflictrestitution programmes. All too often, restitution programmes are neither uniform in their approach, nor do they treat all human rights equitably. Restitution programmes have been implemented in varying situations with varying results, and this inconsistency in approach is at least partly attributable to the lack of a comprehensive and universal approach to restitution policy, firmlygroundedininternationalhuman rights law.

Certainly, for displaced persons in all corners of the world, returning home is still all too often fraught with political, legal and economic uncertainty, even in situations where violence has ceased. Common obstacles to the successful implementation of restitution rights surely exist, suggesting that there may be room to advance a more standardized approach to the restitution process. Pinheiro focused particularly on finding ways to overcome hindrances to restitution, including the loss or destruction of housing and property records and documentation, discriminatory national legislation, secondary occupation, property destruction, the existence of ineffectual institutions, and the adoption of discriminatory restitution programmes and policies.

The Pinheiro Principles incorporate a forward-looking and holistic approach to housing, land and property restitution under international law. This approach is at the same time rooted in the lessons learned by restitution practitioners in the field, and the ‘best practices’ which have emerged in previous post-conflict situations where restitution has been treated as a key component of restorative justice. As such, the Principles incorporate some of the most useful provisions from various pre-existing national restitution policies and programs, including elements of those developed for Bosnia and Herzegovina, Burundi, Cambodia, Cyprus, Guatemala, Kosovo, South Africa and Rwanda.

The real advancement for restitution advocates, however, lays in the articulation of concrete standards related to legal, policy, procedural and institutional implementation mechanisms to secure these rights. gay lesbian film list As such, the Pinheiro Principles provide specificguidanceregardinghowbesttoensuretherighttohousing, land and property restitution in practical terms.

The new standard also recognizes that in situations where restitution has been tried in post-conflictsettings, effective and competent national institutions have been the cornerstone of successful restitution programmes. A focus on promoting institutional capacity and fairness is therefore at the heart of the Principles, including a focus on proper enforcement mechanisms for housing, land and property restitution decisions and judgments. The Principles contain extensive sections on national procedures, institutions and mechanisms; accessibility of restitution claims procedures; adequate consultation and participation in decision-making; housing, land and property records and documentation; the rights of tenants and other non-owners; and secondary occupants, among other issues critical to the creation and implementation of just and effective restitution programmes.

The Principles are an important contribution to the protection of the rights of refugees and displaced persons throughout the world. Better yet, the Principles are, in fact, an international normative milestone that should develop into a living, breathing document; claimed by the displaced, implemented by Governments and enforced by courts of law.

It is clear that conflict and disaster situations have led to, and continue to lead to humanitarian crises which can only be adequately repaired through the application of just remedies. Now that the Pinheiro Principles have been adopted, much work remains to be done with respect to dissemination, publicity and implementation. In order for the promise of this new standard to be realized, the Principles must begin to be used by practitioners at local, national and international levels. Like all human rights standards, the life of the Principles must extend beyond the words on paper to penetrate living political structures, judicial decisions, and administrative policies.

The next stage for the Pinheiro Principles will involve restitution practitioners at all levels developing new and innovative strategies to secure restitution rights for all of the world’s displaced, be they Bhutanese, Serb, Roma, Burundian, Sudanese, Sri Lankan, Iraqi, or Palestinians.

For further information on the Pinheiro Principles and training, advocacy, research and litigation relating to them, please contact COHRE’s Housing and Property Restitution Programme (HPRP) at This email address is being protected from spambots. You need JavaScript enabled to view it..

Scott Leckie is the Executive Director and founder of the Centre on Housing Rights and Evictions (COHRE). He has worked in expert and advisory capacities with many United Nations agencies, including the UN OfficeoftheHighCommissioner for Human Rights (OHCHR), the UN Habitat Programme, and the UN High Commissioner for Refugees (UNHCR) and the United Nations Development Program (UNDP). He has worked directly on housing, land and property restitution issues concerning the Republic of Georgia, Kosovo, East Timor, Palestine, Iraq, Albania and Sri Lanka. He recently edited two volumes of Returning Home: Housing and Property Restitution Rights of Refugees and Displaced Persons.

Mayra Gómez is the Research and Policy OfficerwiththeCentreonHousingRightsandEvictions(COHRE).Sheisresponsible for coordinating COHRE research projects and for overseeing COHRE reports and publications. She has participated in several COHRE fact-finding and training missions around the world and also actively participates on COHRE delegations at United Nations meetings human rights fora. Since 2002 she has worked closely with the Special Rapporteur on Housing and Property Restitution.

More in this category: « Editorial :Restitution – Making Return a Reality Atlas of Palestine 1948 »
back to top