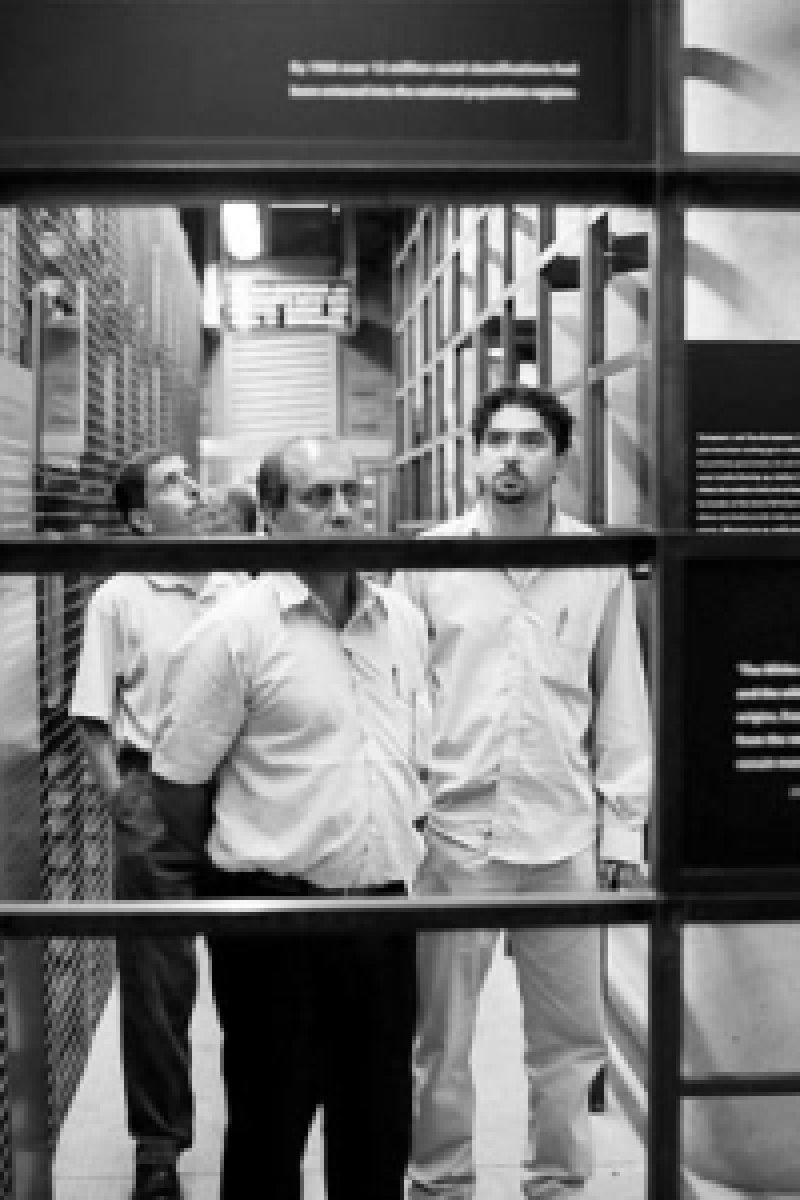 A 'zero sum game' approach has governed Zionist treatment of Palestinians since the dawn of the conflict. Palestinian presence and institutions are considered as a potential threat to the existence of the Zionist project in Palestine. It is necessary, therefore, to erase Palestinian memory in order to reformulate and recreate the historiography of the place. Such projects followed the forced displacement of Palestinians from their lands in 1948.

Zionist policy towards Palestinians, therefore, has two separate faces. The first masks the physical presence of Palestinians in their homeland. The second denies Zionist responsibility for what happened to the Palestinians in 1948.

At the same time, the Zionist movement constructed their narrative and collective identity for Jewish immigrants who came to the country from around the world and transformed the geopolitical landscape into an exclusively Jewish one. It drew upon a lengthy list of symbols, legends and policies about place, history and memory. The mass of immigrants were fused together under slogans like: “mine of fusion”, “redemption of the land”, “Hebrew labor”, “ingathering of the exiles” and “defense”.. etc.

The museum became an integral part of this process. For example, information in the Israeli tourist guide introduces hundreds of national museums in Israel: about the army, settlement, labor, ancient Jewish history and other themes. The role of this institution is most obvious in relation to the Holocaust and the European ghettos.

This leads us to modern Palestinian history. Palestinians have suffered from continuous violation and denial of their rights. The Palestinian struggle is thus a struggle for legitimacy and recognition. The catastrophe of 1948 represented a strike to heart of the Palestinian people and their history. It was a decisive episode that impacted their collective development as a people. But it was not a fatal strike; simply because Palestinians in the post-Nakba era continued to refuse their exile.

Nevertheless, the new reality after the Nakba has been characterized by the absence of a comprehensive and complete picture of what happened over five decades ago. This can be explained, in part, by the instability of occupation, threats, forced migration and difficulties of life in exile. At the same time they have had to bear the responsibility of struggling for their individual and collective rights. This persistent struggle is evident in every place where Palestinians live today.

During the last two decades, especially around the time of the Oslo political process, the importance of history and memory came to the surface in an unprecedented manner. Interest in the place of origin - i.e. displaced villages and cities - increased through documentation, historical research and documentary films. New issues were also addressed as Palestinians were more courageous in dealing with many subjects that had long been placed on the shelf, issues that were presumed to be "understood" by everyone or issues whose “time had not yet come.”

This is how refugee camps and displaced villages became major headlines for every topic related to the Nakba. These locations are considered material and living evidence of the crime of 1948. Although both camps and displaced villages have occupied a place of importance in the Palestinian narrative, the narrative itself was incomplete because it only provided a microcosm of the Nakba. In this context, there is an urgent need for a collective and comprehensive account. In this context, the museum plays an important role.

Museums are places for remembrance, education and mobilization. Commemorating the anniversaries of crimes, despite the pain it involves, is the best way to avoid the repetition of the same crime in the future. Therefore, the logic of “turning the pages of the past” (i.e. forgetting) as a step towards peace is nothing more than an attempt to distort historical facts. A Nakba museum could be part of a more comprehensive strategy that strives to overcome the Nakba through its preservation. It would be a symbol of the legitimacy of the Palestinian narrative and a mechanism to crack Israel's state of denial. Such a museum would also be a means of confronting the Zionist narrative that has consumed the Palestinian people, and, at the same time, a place for Palestinians to come to terms with their own history.

Such a museum should cover more than the displaced village or the refugee camp which are limited in space. It should be able to provide a collective and coherent narrative in the context of associating the past with the present and then the past with present and the future. It would have a role to play in dealing with identity, history, memory, return and mechanisms for a solution, in addition to recognizing the legitimacy of the Palestinian narrative of the Nakba.

A Nakba museum should be informed by the notion of the catastrophe of 1948, not as past event, but an issue that is still waiting to be solved. Exile renders the institutionalization of memory a very difficult task and a very urgent one at the same time. Despite everything, we must remind ourselves, and the rest of the world, about the origins of the conflict and its consequences. Memory can help overcome the present circumstances and lead us to the future. This should be a Palestinian priority.

Nihad Boqai' is the Coordinator of the Research, Information and Legal Advocacy Unit at BADIL. He is also the co-editor of Haq al-Awda. This article first appeared in Arabic in Haq al-Awda 10-11 (2005). Translation by Nimr Awaini.

More in this category: « May Peace be Upon You Um al-Zeinat Empowerment at the Site of Memory »
back to top