Article on the Wall 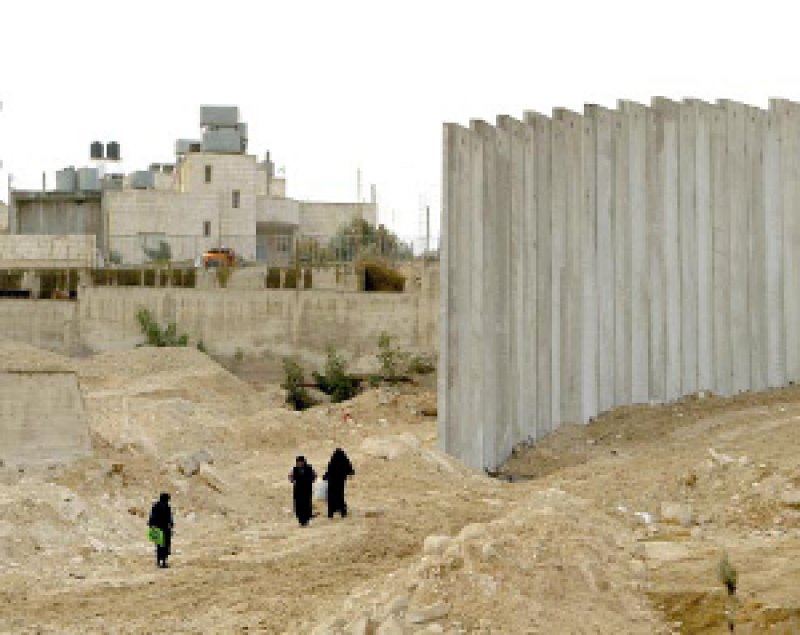 On July 9, 2004, the International Court of Justice (ICJ) issued an advisory opinion on the legal consequences of the Wall regime Israel is constructing inside the West Bank. What did the ICJ Advisory Opinion say about the refugees? How can the ICJ Opinion be used in the case of the refugees?

The question put to the Court by the General Assembly focused specifically on the legality of the Wall being built inside occupied territory under international law.

The Court was not asked to address the question of refugees and did not directly discuss refugee rights. Yet the Court reached several conclusions which have relevance for Palestinian refugees. This article presents a brief overview of the Opinion and highlights some of aspects of the Opinion related to refugees.

On 14 April 2002 the Israeli cabinet decided to establish a “permanent barrier” in the “seam area” between the West Bank and Israel. The General Director of the Ministry of Defense was charged with overseeing a “Seam Area Administration” to implement the decision of the cabinet to build the permanent barrier, commonly known as the “Wall”. By the end of July 2003, the first phase of the Wall was completed. Nearly all of it was constructed on occupied Palestinian land. The projection of the additional phases showed that indeed virtually the entire wall complex was to be constructed inside the West Bank and in such a manner as to accommodate the settlements and further limit Palestinian access to Jerusalem and key agricultural land. The Wall would also result in the creation of enclaved or enclosed Palestinian communities cut off from city centers such as with Walaja and Bethlehem. The great harm being done to the Palestinian people and their national rights precipitated a flurry of activity at the United Nations which resulted in the ICJ Advisory Opinion.
Palestinian response

Led by Nasser al-Kidwa, Ambassador and Permanent Observer of Palestine to the United Nations, a team of Palestinian and international lawyers submitted extensive factual information and legal analysis to the ICJ on the Wall and its effects. Israel submitted arguments rejecting the Court’s authority to intervene in the matter and declined to submit factual information or legal analysis on the Wall. The United States and several European countries also urged the Court to refrain from issuing an opinion, arguing in part that the issue should be left to the political process.

What did the Court say?
The Court made many findings on the issues of jurisdiction, legality and state obligations under international law.
Jurisdiction
The Court disagreed with those states that argued that it should not render its legal opinion and in doing so laid out a precedent in favor of rights-based approaches to the Palestine question.

First, the Court rejected the contention advanced by several states that it should decline to render an opinion because the issue is political. The Court referred to its existing jurisprudence which holds that the legal obligations of states under international law should not be overlooked because a question has political dimensions. In fact, the Court noted, in situations where political considerations are dominant, an opinion on the applicable legal principles may be particularly necessary. The Court similarly rejected the notion that the issue should be left to the political domain. In reaching these conclusions, the Court signaled that legal authority has a role to play in resolving the conflict – in short, law matters.

The Court also dismissed the argument that the issue should be left to Israel and Palestine to work out for themselves. The Court refused to consider the matter as only a bi-lateral issue to be negotiated between parties, noting the special responsibility of the international community to the Palestinian people:

Given the powers and responsibilities of the United Nations in questions relating to international peace and security, it is the Court’s view that the construction of the wall must be deemed to be directly of concern to the United Nations. The responsibility of the United Nations in this matter also has its origins in the Mandate and the Partition Resolution concerning Palestine…This responsibility has been described by the General Assembly as a “a permanent responsibility towards the question of Palestine until the question is resolved in all its aspects in a satisfactory manner in accordance with international legitimacy” (General Assembly resolution 57/107 of 3 December 2002). Within the institutional framework of the Organization, this responsibility has been manifested by the adoption of many Security Council and General Assembly resolutions, and by the creation of several subsidiary bodies specifically established to assist in the realization of the inalienable rights of the Palestinian people.

The Court also opined that the Road Map negotiations framework did not present a compelling reason for it to decline to exercise jurisdiction.
Legality
Once the Court decided to exercise jurisdiction, it turned to the question posed by the General Assembly: What are the legal consequences arising from the construction of the Wall in the Occupied Palestinian Territory? The essence of the question put to the Court concerned the status of the occupied territories, particularly the West Bank where the Wall is currently being constructed, and Israel’s legal obligations with respect to them. As a preliminary matter, the Court concluded that Israel has the status of an Occupying Power in the West Bank, including East Jerusalem, and is subject to the rules of international humanitarian law. The Court said that the peace treaties signed between Jordan and Israel and between the PLO and Israel (the 'Oslo Accords') did nothing to alter the occupied status of the territories. It invoked the UN Charter and the principle against the acquisition of territory by force, as well as the Palestinian right to self-determination. The Court also concluded that Israel is bound to comply with the human rights conventions it has ratified in terms of its actions inside the Occupied Palestinian Territory. Through its analysis the Court set out a framework of legality within which Israel’s actions inside the Occupied Palestinian Territories can be measured: 1) the Palestinian right to self-determination; 2) the international law of human rights; and 3) international humanitarian law.

The Court examined the relationship between the route of the Wall and Israeli settlements:

The Court notes that the route of the wall as fixed by the Israeli Government includes within the “Closed Area” [. . . ] some 80 percent of the settlers living in the Occupied Palestinian Territory. Moreover, it is apparent from an examination of the map [. . .] that the wall’s sinuous route has been traced in such a way as to include within that area the great majority of the Israeli settlements in the occupied Palestinian territory (including East Jerusalem).

The Court noted that the settlements have been established in violation of international law. It expressed concern that the Wall may amount to de facto annexation of land and, along with the settlements, end in the demographic transformation of the Occupied Palestinian Territory. The Court concluded that this is a serious breach of the Palestinian right to self-determination, as well as a violation of international humanitarian law and human rights law.

The Court also found that third states also have responsibilities to ensure Israeli compliance with international law.
Significance of opinion for refugees
The ICJ Opinion is a significant landmark in Palestinian history because it affirmed the importance of legal frameworks for assessing and resolving the conflict. The Court rejected the notion that law and politics can be neatly separated into distinct processes. In doing this the Court affirmed that legal principles are relevant to the political or negotiations process. This is a notable precedent for the refugees where it is often said that legal principles should give way to practical realities.

The Court’s insistence on exercising its jurisdiction despite objections from states to defer to the political process is also a reminder that States have obligations they are bound to fulfill irrespective of the progress of negotiations or interim or phased plans. For example, the extent of Palestinian security reform is not a justification for failing to implement applicable legal norms. The pursuit of a political solution cannot be used as an excuse to suspend or avoid application of the law. Israel is bound by law despite the political – and practical – dimensions of the conflict and its resolution. Moreover, as the Court noted, the international community is obligated to see to it that the conflict is resolved in all its aspects, includes refugees, according to international legal principles.

Perhaps the most directly relevant aspect of the Opinion for crafting durable solutions for the refugees is the Court’s discussion on reparations. The Court noted that the construction of the Wall has entailed the seizure of personal property. In determining what the remedy is for people who have had their property wrongfully taken, the Court drew on the same customary law that underpins the remedies available to the Palestinians displaced around 1948 and after the 1967 occupation of the West Bank and Gaza Strip. These remedies include the right to restitution of property and compensation in the event that restitution is impossible and for damages sustained. The framework outlined by the Court is consistent with that reflected in the United Nations General Assembly Resolution 194.

As a strict legal precedent the Advisory Opinion will be most persuasive in making the case that the Palestinian people are entitled to exercise their right to self determination in an independent, viable state on the West Bank and Gaza Strip and that the Wall and settlements are illegally interfering with this right. Nevertheless, the Advisory Opinion sets the ground for also arguing that all Palestinian-Israeli issues should be dealt with according to legal standards. The ICJ Opinion also provides necessary details on how the remedies for refugees should be shaped.

Leila Hilal is a legal advisor at the PLO Negotiations Affairs Support Unit.

More in this category: « Deportation of Palestinian Refugees from Canada They’re at it again: cutting aid to Palestinian refugees »
back to top