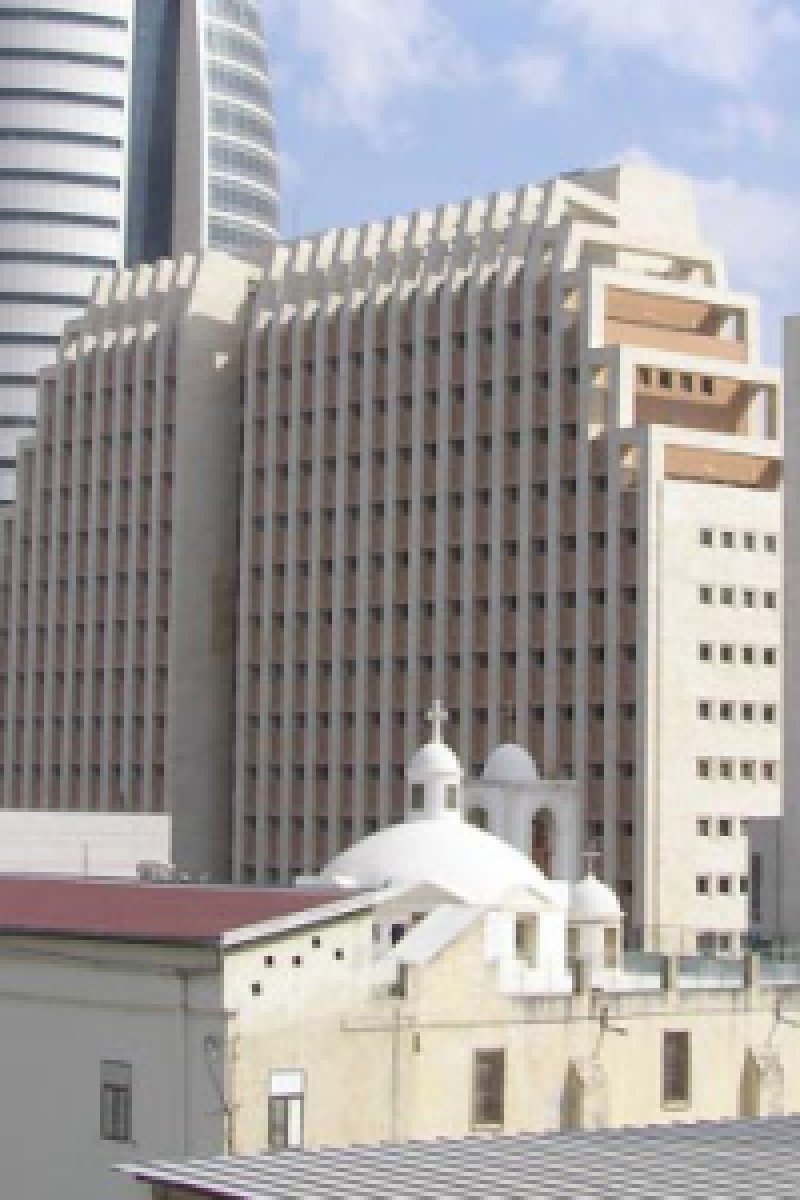 The following photo essay is the result of a Zochrot tour to Haifa in November 2004 as part of Zochrot's mission to explain the real history of Israel and the Nakba to Israeli Jews. The tour took visitors into old Haifa much of it remaining as it was after the Nakba in 1948. Israeli Jews have taken over most buildings as the owners are declared absentees. Some buildings are being prepared for redevelopment as luxury apartments with views of the harbor below and Akka (Acre) across the bay. Haifa was once a majority Arab city, a thriving Palestinian Arab center of commerce.

Haifa, Israel today is a city of 275,000 with grand vistas and boulevards, a renowned university, magnificent architecture from the 1800s and art deco from the early 20th century, the main shrine of the Baha'i faith, a bustling port, restaurants, bars, cafes, a beach and a thriving culture of writers, cinemas and live theatres. Haifa's port was first developed in 1908 by the Ottoman Turks and expanded by the British in 1929. It is now considered Israel's main port. Haifa is less than 100 km north of Tel Aviv, 40 km from the Lebanese border and across the bay from the ancient city of Akka.

But there is another Haifa, the Haifa built on an Arab Palestinian city. On 21 April 1948, 5,000 soldiers organized by Haganah (Jewish paramilitaries) and IZL troops others attacked the city which was defended by only about 500 Palestinian volunteers and the Arab Liberation Army. Some 72,000 Palestinians fled north from the city, mainly to Lebanon, and 41,500 from surrounding areas.

Palestinian Arab pushed into the sea, flee by boat

Many Arab Palestinians from Haifa were pushed into the sea and fled by boat to Akka across the bay and to Tyre, Saida and Beirut, Lebanon.

In December 1947, Zionist forces planted a bomb in the Arab area of Haifa near the Palestinian Oil Refinery. On 29 February 1948, they destroyed most of al-Abasyah neighbourhood and on 22 March, Zionist forces, disguised as British officers, planted a bomb that killed and injured 36, mostly women and children, and destroyed several public buildings. More Arabs fled the city culminating in a Haganah broadcast which terrorized residents into fleeing.

Many of the homes, stores, warehouses and factories were taken over immediately, others remained empty and damaged. Under Israeli law, many of the empty homes were taken because the Palestinian Arabs had fled. They were unable to return so they were declared absentees even if they were internally displaced, living in Israel.

The juridical situation of title to property in Israel is complex but two institutions control all property of the displaced Palestinians: the State, which has taken title to 'State domain', and individually-owned refugee property through the Custodian of Absentee Property, established by the Absentees' Property Law of 1950; and the Jewish National Fund (JNF), which has 'acquired' part of the land of the displaced Palestinians, and is prohibited by its Charter from selling any of the land it acquires. All property is held as the collective property of the entire Jewish people. Under section 4 (a), of the 1950 law "all absentees' property is vested in the Custodian" who may transfer such property to the Development Authority, established by the Development Authority Law of 1950 but the Authority is prohibited by section 3 (4) (a) of the same law from selling or otherwise transferring the right of property ownership except to the State, JNF or municipalities and other local authorities.

Learning the real story of Haifa

I was brought up here and lived here most of my life, said a recent visitor. But I never knew this Haifa was here. She was on the Zochrot tour to Haifa which left Tel Aviv early on 6 November 2004. A bus load, mainly Jewish Israelis, came from from Tel Aviv, others joined in Haifa.

Zochrot seeks to explain the Nakba and Israel's responsibility for the Nakba to Israeli Jews. One of its activities is visiting destroyed Palestinian villages and remaining cities such as Haifa and Ashkelon where it erects street signs in Arabic and Hebrew with the names of streets as they were before 1948. Zochrot has also petitioned the authorities to stop building luxury housing and commercial areas on the remains of Palestinian villages. (See, interview with Zochrot founder Eitan Bronstein, al-Majdal, No. 19, September 2003, pp. 20-23 and website, www.nakbainhebrew.com with English pages)

There is not just one other Haifa, there are really three Haifas: one on Mount Carmel with modern hotels and homes, one on the side of the mountain with Israeli Jews living in the former homes of the Palestinians who fled in 1948 and a third almost empty city at the bottom of the mountain near the port which contains buildings left as they were in in 1948, looking bombed out like a German city after the second World War. A derelict Arab cemetery with tombstones atilt is full of rubbish. The only building restored and in good condition is the mosque.

Ron Wilkinson is a media consultant with BADIL.

More in this category: « Foundations for Participation Workshop Principles and People Matter »
back to top