BADIL Staff
An Indigenous Agenda for Human Rights and Democracy (Issue No.21, Spring 2004) 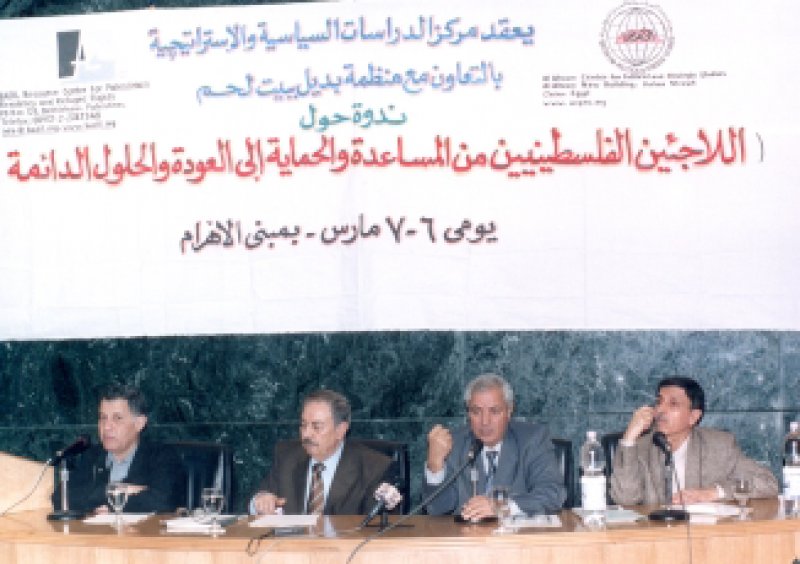 "Enhancement of legislative and constitutional reform in Arab states, and closing the gap between national legislation and international standards and human rights laws in general and refugee rights in particular, will result in a more dignified life for Palestinian refugees under Arab patronage until they return to their lands” states the Palestinian Right-of-Return Coalition. The Coalition initiated a joint appeal to Arab states for respect of Palestinian refugees’ right of return and their right to physical and legal protection in the 1967 occupied Palestinian territories and in Arab host countries.

The appeal, endorsed by 31 Palestinian and Arab civil society organizations, is scheduled to be presented to Arab states at the upcoming summit, originally scheduled for March 2004. The appeal is based on the conclusions of the 3rd BADIL Expert Seminar convened in Cairo in early March, suggesting that incorporation of Palestinian refugees and their right of return into an indigenous strategy for human rights and democratic reform would not only benefit the refugees themselves, but also address one of the greatest political concerns in the region, i.e. the unresolved conflict with Zionist Israel and forced resettlement of millions of Palestinian refugees.

While little remains known about the concrete reasons for the postponement of the 2004 Arab Summit initially scheduled to be held in Tunis at the end of March, rumors suggest that it was motivated by disagreement among Arab states about how to respond to U.S. and European pressure for democratic reform and further concessions related to the Israeli-Palestinian conflict. Confronted with the U.S. ‘Greater Middle East Initiative,’ Arab civil society organizations are calling for an indigenous Arab reform program including a firm stand in support of the basic rights of the Palestinian people.

The full text of the Palestinian & Arab NGO appeal to the Arab Summit is reprinted in ‘Documents’ in this issue.

More in this category: « Editorial:Refugee Rights and an Indigenous Agenda for the Promotion of Human Rights and Democracy The Building Blocks of a Viable Solution for Palestinian Refugees »
back to top