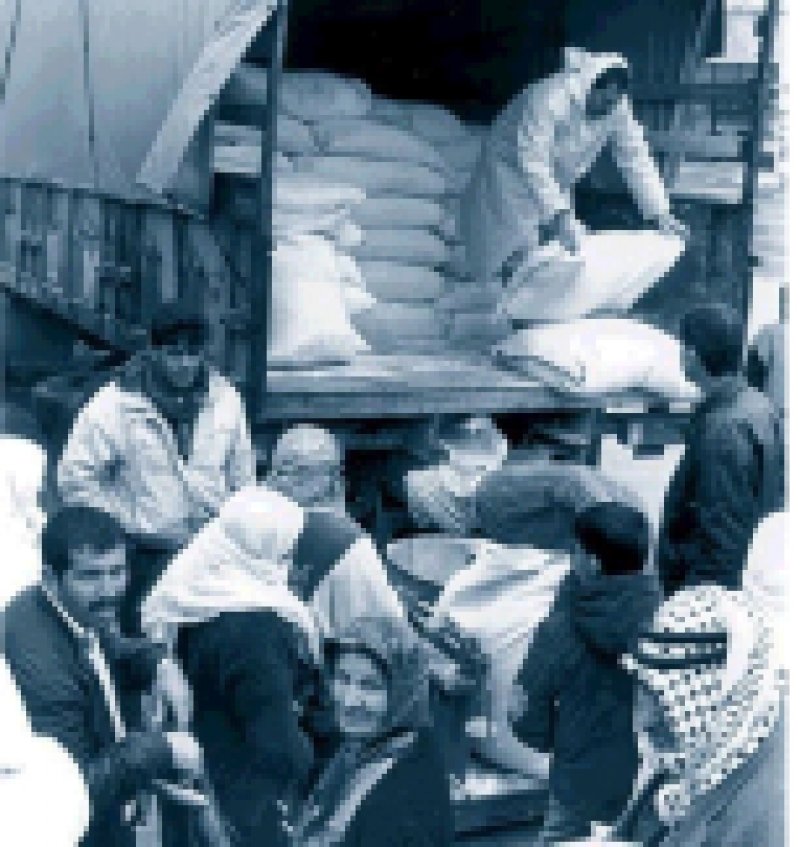 On 1 June 2003, UNRWA launched its Micro-Finance and Microenterprise Programme in Syria. The program will begin in Yarmouk camp, an unofficial camp in Syria and home to the largest concentration (112,500) of Palestinian refugees in Syria. Eligible Palestinian and Syrian recipients will receive millions of dollars in loans for thousands of small businesses.

The program targets Palestinian refugees and the urban
poor in Syria, and is expected to issue 1,500 loans during its first year of operations, 3,320 in the second year, and by the third year outreach should achieve a sustainable level of 3,360 loans, valued at some US$ 4 million annually. The loan aims to improve the quality of life of small
business owners and microentrepreneurs, sustain jobs, decrease unemployment, reduce poverty, empower women and open up new income-generating opportunities.

The programme is being launched in Yarmouk since this is the largest gathering of Palestine refugees in Syria. A second office is expected to open within a year, and a network of branch offices will gradually be developed in Damascus and other urban regions of Syria. UNRWA's
Microfinance and Microenterprise Programme won first prize in the AGFUND 1999 international competition for Pioneering Development Projects. The Programme is now the largest non-bank financial intermediary in the occupied Palestinian territories, where it has invested
US$ 67 million over the past decade in 57,000 small business and microenterprise loans. Source: UNRWA Press Release No. S/3/2003, 1 June 2003, UNRWA launches microfinance programme in the presence of Mrs. Asma al-Assad.

UNRWA Emergency Appeal, July-December 2003 (Excerpts)
The UN Relief and Works Agency for Palestine Refugees (UNRWA) has issued a further appeal for emergency funds to cover activities in the 1967 occupied Palestinian territories for the second half of 2003. The appeal for US$ 103 million covers emergency food aid, employment
creation, shelter repair and reconstruction, relief and social assistance, health, education and related logistics and support costs.
Highlights of the funding appeal include:

 127,000 families will benefit from the Agency's emergency food aid operation in the Gaza Strip. In the West Bank the number of recipient families will increase from 90,000 to a total of 100,500 families.
 UNRWA has hired 36,491 people since the start of the Emergency Appeals in late 2000. These employees have been able to support over one quarter of a million direct and indirect dependents.

 A total of 834 shelters accommodating 1,110 refugee families were completely demolished or damaged beyond repair in the Gaza Strip between September 2000 and March 2003 as a consequence of Israeli military operations.

The first three months of 2003 saw a dramatic
increase in the scale of destruction in the Gaza Strip, with 350 families made homeless as a result of military activity. In the West Bank a total of 13,131 families have sustained varying degrees of damage to their shelters from heavy weaponry, including tanks, attack helicopters
and armoured bulldozers used in assaults on densely populated neighbourhoods.

 UNRWA lost approximately 1,600 workdays for health staff in the first three months of 2003 due to curfews and closures imposed by the Israeli military.

The demand for out-patient medical services has increased by 61 percent in Gaza and 36 percent in the West Bank since September 2000. There has also been a marked increase in the workload for medical staff reaching an average of 126 medical consultations per doctor per day in the Gaza Strip. At risk to their health, approximately 20 percent of patients are curtailing their stay in hospital, because they cannot afford the cost.
 UNRWA lost 31,874 teachers days from September 2002 through March 2003 in the West Bank and another 4,894 in the Gaza Strip due to severe restrictions on freedom of movement.

More in this category: « Update of War Crimes Resources on refugees »
back to top