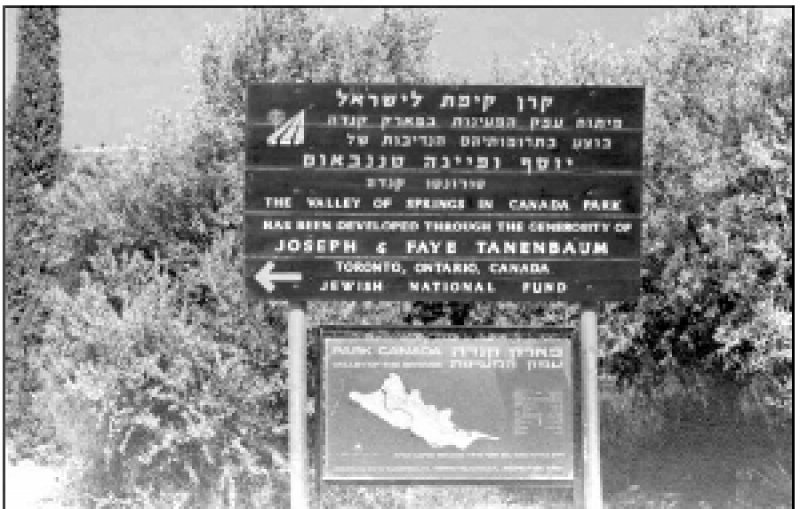 A Parastatal Institution Chartered to Dispossess and Discriminate

On 18 May 2007, the United Nations’ Committee on Non-Governmental Organizations (NGOs) rejected the application of the JNF for consultative status with the UN Economic and Social Council (ECOSOC) by a vote of 8 to 7 with three abstentions. Consultative status enables NGOs to circulate statements and participate in relevant international conferences convened by the UN and in the meetings of their preparatory bodies.

The eight countries voting against the granting of status to the JNF were Burundi, China, Cuba, Egypt, Guinea, Russian Federation, Qatar, and Sudan; the seven countries voting in favour were Colombia, Israel, Peru, Romania, Turkey, United Kingdom, and the United States; and the three countries abstaining were Angola, India, and Pakistan.

The application was submitted by the JNF branch registered in the United States, which lobbied hard to gain ECOSOC status and provided letters of support from powerful members of the US Congress, such as Senator Hillary Clinton. However, country representatives and the Palestine Observer Mission to the UN expressed concern about the affiliation between the organization registered in the US as “Jewish National Fund (Keren Kayemeth Le Israel) Inc” (JNF-KKL) and the “Keren Kayameth Le Israel” (KKL) registered in Israel, which carries out land development and settlement (colonization) activities in the Occupied Palestinian Territory (OPT). While the US-registered JNF-KKL told the Committee that it was independent and involved in water, environmental and development projects in the Middle East, country representatives stated that they were unable to distinguish between its activities and those of the KKL of Israel. Another main reason cited for why the application should be rejected was that the JNF’s work violated the principles of the UN Charter, which emphasizes respect for human rights and equality.

JNF-KKL was created in 1901 as a subsidiary of the World Zionist Organization (WZO). Its “primary objective” was to “acquire lands in Palestine and Syria” for the benefit of “persons of Jewish race, religion or origin,” and it required its members to include holders of Founders’ Shares in the Jewish Colonial Trust. The JNF began acquiring lands already in 1905 (by purchase), but the organization was firstregisteredinEnglandin1907.(1)

In 1953, Israel’s “Keren Keyemeth Le Israel Law” (1953) recognized the JNF for its “public utility” and formally linked it to the new State of Israel, providing for its continuity under article 6 of the Status Law (also linking the WZO/Jewish Agency to the State). The JNF then moved its base to Jerusalem and transferred there the assets of the English company. The JNF is authorized to exchange and lease, but not sell, land. It may lease only to Jewish legal persons, according to its own Charter and under Israel’s Basic Law: Israel Lands. Under the same law, it may lease to the government-controlled Israel Lands Administration (ILA) and to the Lands Development Administration, which maintains a JNF-majority governing board.

The 1954-legislated “Covenant between the Government of Israel [GoI] and the Zionist Executive” clarifies further the WZO/JA relationship to GoI. It includes recognition of the JNF and United Israel Appeal as “institutions of the Zionist Organization,” authorizes activities in Israel to be carried out “by means of public funds,” and indicates, in its first paragraph, that the Zionist Executive “and its institutions” are to be treated as part of GoI. Officers of the WZO/JA and JNF also assume other parallel appointments within the State apparatus, and Israeli law guarantees WZO/JA and JNF exemptions and waivers on a range of fees and taxes that are imposed on all others.(2)

Irrespective of its status as part of the GoI, the JNF is currently registered in over 50 countries as a “charity.” Since 1926, the JNF has been registered in the United States “Jewish National Fund (Keren Keyemeth le Israel) Inc.” and maintains a claim there to be a domestic nonprofit organization. In its annual reports, the organization describes itself as a partner, or joint venturer, with the JNF registered in Israel (KKL) and as “the largest contributor to JNF-KKL in the world.” US law provides that corporation are liable for their partners’ actions, and for actions of their subsidiaries, if they own a controlling stake. Therefore, the U.S. registered JNF-KKL is likely to be legally accountable for actions of its Israeli partner, which violate international law and the Charter of the United Nations.

JNF: in Violation of the UN Charter

The JNF, in cooperation with the WZO/JA, funded the Zionist military effort in the 1947–48 War of Conquest.(3) By 1954, Israel transferred 35% of the state-controlled lands, mostly belonging to Palestinian refugees and IDPs, to the JNF in exchange for huge sums collected from JNF tax-exempt collections abroad. As of 1967, the JNF is an organic part of the Occupying Power in the West Bank and Gaza Strip. At present, the JNF controls 13% of the land in Israel exclusively for the benefit of the Jewish population. In their Concluding Observations, UN treaty bodies serially have registered their concerns over the discriminatory nature and governmental functions of JNF and Israel’s other “national institutions” as incompatible with human rights treaty obligations.(4)

In the JNF’s own words:

“The JNF is not the trustee of the general public in Israel. Its loyalty is given to the Jewish people in the Diaspora and in the state of Israel... The JNF, in relation to being an owner of land, is not a public body that works for the benefit of all citizens of the state. The loyalty of the JNF is given to the Jewish people and only to them is the JNF obligated. The JNF, as the owner of the JNF land, does not have a duty to practice equality towards all citizens of the state.”

This BADIL report is based on a news update, “UN Rejects Jewish National Fund’s Application for Consultative Status”, published by Adalah on 22 May 2007, and on a fact sheet, “Jewish National Fund, a Parastatal Institution Chartered to Dispossess and Discriminate”, prepared by the Habitat International Coalition.

1. In its Memorandum of Association, the JNF objectives are: Article 3(a): “To purchase, acquire on lease, or in exchange, or receive on lease or otherwise, lands, forests, rights of possession, easements and any similar rights, as well as immovable properties of any class…for the purpose of settling Jews on such lands and properties.” Article 3(c): to “benefit,whetherdirectlyorindirectly,tothoseofJewishrace or descendency” Article 3(g): “…promote the interests of Jews in the prescribed region.” Article 6: “upon dissolution…any properties whatsoever…shall be transferred to the Government of Israel.” Article 7 and Article of the Association of Keren Kayemeth leIsrael 2, 3, & 4: “The members of the General Council of the World Zionist Organization [or its replacement] shall be deemed members of the Association.”

3. “Report of the Anglo-American Committee of Inquiry,” cited in Mallison and. Mallison, op cit., p. 39.

More in this category: « Book Review Towards Freeing the Right of Return of the Constraints of Slogans »
back to top