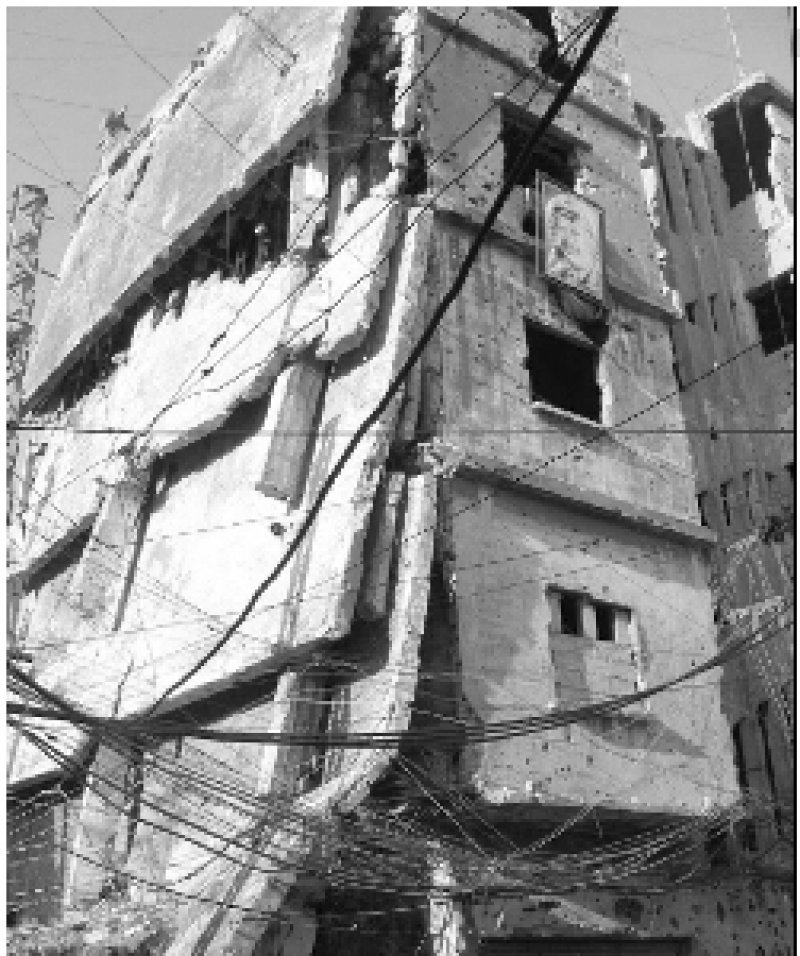 In recent months thousands of Palestinian refugees in Lebanon have found themselves forced to flee yet again as instability and conflict engulfs Nahral-Bared camp. While Palestinians share a common displacement and longing for their land – including those remaining in the 1948 historic homeland – numerous factors such as country of exile, class, gender and educational opportunities, have contributed to vastly different experiences for Palestinian refugees. Campaigners for the right of return, both Palestinians and their international supporters, work for the common goal of recognition of the right of return for all Palestinians, regardless of current status or location.

However this does not mean that it is not valuable to increase understanding in the activist community of the specific and changing circumstances which Palestinian refugees face, and the dynamic nature of their national struggle in different locations. Based on doctoral research in Burj al-Barajna refugee camp in Beirut, Laleh Khalili’s new book is an insightful study into the dynamics of change in Palestinian nationalist commemoration in the camps of Lebanon. Although an academic work, the clarity of the writing enables the interested reader who would not normally approach an anthropology/social science text to engage with large sections of the book. For the campaigner for the Palestinian right of return I would argue that this book has two essential aspects to offer. Firstly, through listening to oral testimonies of camp residents rather than political elites, the book presents detailed analysis of the dramatic shifts in Palestinian national strategies in Lebanon from 1948 to the present day. Secondly, the book critically interrogates the active role of local and international NGOs and external funders in the shaping of Palestinian national discourse and narrative – a power dynamic that activists ignore at their peril.

As a recent issue of al-Majdal (see issue No.32) explored, oral history is an increasingly used methodology in recording, constructing and enriching an alternative Palestinian history, a history that has been marginalized by a Zionist narrative. Heroes and Martyrs of Palestine is yet another challenge to those who argue that oral sources and ethnographic research methods cannot offer the political authority and insight of the analysis of written sources.

Working in the Palestinian community in Lebanese camps (with an end chapter addressing the same issues in the OPT) Khalili demonstrates that, far from remaining stable, national commemoration is a dynamic and changing process. In the bloody arena of Lebanon, the fallen who might in former times have been commemorated as heroes of the battle field, at a later period become immortalized as martyrs and represented as innocent victims of massacre.

Between 1969 and 1982 – a period known as the Thawra (revolution) – refugee camp affairs in Lebanon were controlled by political factions through their representatives on popular camp committees. Until the 1982 expulsion of the PLO from Lebanon, trained Palestinian military took responsibility for protection of the camps, alongside their active military struggle against Israel and the hope of return to Palestine which it engendered.

In the 1970s, the Palestinian national struggle incorporated in its own narrative available contemporary secular transnational liberation discourse – the spirit of Che Guevara and Frantz Fanon and the anti-colonial struggle from Algeria to Vietnam. Khalili’s interviews and reading of contemporary factional publications describe a time when to join a national political organization and to take up arms for Palestine were seen to “bestow maturity and wisdom on the shabab (the youth), and becoming a protector was a sign of manly courage.” In the Palestinian thawra to die in the national cause was to die a ‘hero’, to fall in armed conflict to die in ‘battle.’

Fast forward to Arafat and Rabin’s fateful handshake on the White House lawn, and we see a Palestinian refugee community in Lebanon (minus fighters exiled to Tunis) exhausted from a decade of siege against Lebanese Shi’a militia. Post 1993 a very different commemorative climate exists in the Lebanese camps. The dominant narrative is of massacres and martyrs, of those slaughtered in years of bombardment of Shatila, of innocent victims butchered as they tried to survive in the poverty of exile. While international Islamist groups commemorate their hero-martyrs, the secular transnational discourse (and the one providing significant funding) is a language of human rights violations, highlighting the innocent victims of brutal dictators, warlords and militants. From the 1990s, the institutions in the camps of Lebanon channeling, shaping and representing Palestinian lives are not the armed political national factions of the 1970s, but the internationally funded, post Oslo shaped non-governmental organizations; the NGOs.

Although only available so far in hardback, this book is well worth the investment – or encouraging your institutional library to purchase. As media and academia persist in endlessly discussing the role of ‘militants’ in the contemporary Middle East, Khalili points to the active role of NGOs in the shaping of Palestinian national discourse and narrative. Further critical research into the politics of NGOs amongst vulnerable and oppressed groups - and significantly, the foundations that fund them – becomes all the more pressing in today’s world. Khalili’s work charts the way in which NGOs penetrate the lives of Palestinians in Lebanon, just as did the political factions of the thawra before them, deploying resources ‘to act as conduits’ – in the case of the NGOs - of tragic narratives. The author not only documents the post 1993 representation of the dead as victims and martyrs, and killing as ‘massacre’, but critically interrogates the role in which the programmes of the NGOs have played in this change in national narrative. In a George Bush controlled world significant funding is available for programs purporting to spread ‘democracy’– a ‘democracy’ which in reality is a construction used to curb any real radical challenge or genuine empowerment of peoples of the Middle East and Palestine to shape their own states and societies. As activists in today’s world, the critically reflection and questioning of the role of funding and NGO program design which this book stimulates has never been more important.

Isabelle Humphries is completing her doctoral research on Palestinian internal refugees in the Galilee – This email address is being protected from spambots. You need JavaScript enabled to view it.

More in this category: « The Ongoing Nakba The Jewish National Fund (JNF): »
back to top