Majdal Editorial Team
Israel and the Crime of Apartheid: The Vision of the Anti-Apartheid Struggle (Issue No.48, Winter 2012) 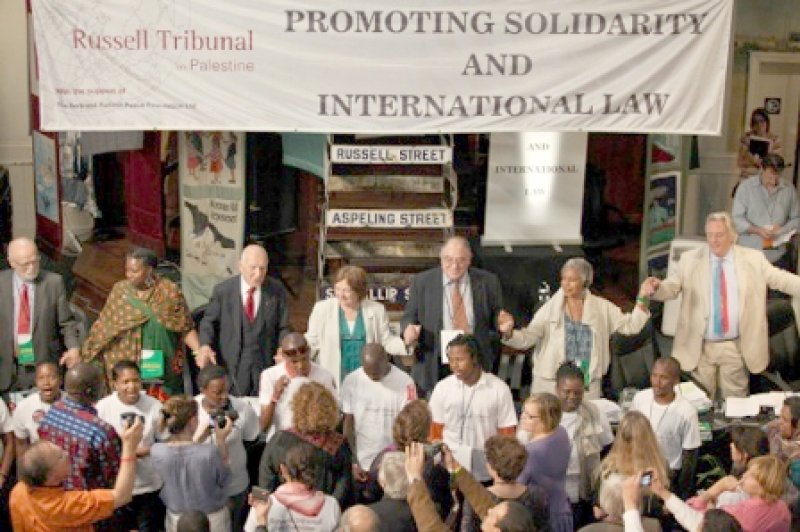 The Russell Tribunal on Palestine, in Capetown in November 2011, found that "Israel subjects the Palestinian people to an institutionalized regime of domination amounting to apartheid as defined in international law. This discriminatory regime manifests in varying intensity and forms against different categories of Palestinians depending on their location. The tribunal concludes that Israel's rule over the Palestinian people, wherever they reside, collectively amounts to a single integrated regime of apartheid."1 The tribunal also made a finding that, in relation to certain acts on the part of Israel, there is evidence of the crime against humanity of persecution.

The Russell Tribunal on Palestine was established as a result of calls from civil society, following the failure to implement the findings of the International Court of Justice's 2004 Advisory Opinion on the Legal Consequences of the Construction of a Wall in the Occupied Palestinian Territory and Israel's 2008-9 military assault on the people of the Gaza Strip.

Though this citizen-based tribunal has no legal status as such, its credibility and legitimacy is derived from the exceptional moral authority, human rights experience and expertise of its jury members which included Stephane Hessell, John Dugard, Michael Mansfield QC, Mairead Maguire, Alice Walker, Cynthia McKinney, Ronnie Kasrils and Yasmin Sooka. The proceedings were conducted in a very formal manner, with testimony given by legal experts, activists, academics and eye-witnesses to the situation inside Israel and the occupied Palestinian territories (OPT). Most moving were the testimonies of the Palestinians who were able to attend, who told of their personal experiences, and those of their families, at the hands of the Israeli apartheid regime.

A slot during the proceedings had been allotted for a speaker from the Israeli government, but they did not reply to correspondence from the Tribunal. Instead, in that allotted time, the attendees heard from Michael Mansfield QC that MK Otniel Schneller had made a recommendation to the Knesset Ethics Committee to revoke the citizenship of Palestinian citizen of Israel and member of the Knesset, Haneen Zoabi. This followed her passionate testimony as to the racist nature of the Israeli state and provided a very practical example of apartheid in action. Around the same time, the website of the tribunal was hacked and taken off-line in a sophisticated cyber attack.

While Israel continues to implement its racist policies, to proceed unhindered with its settlement construction and expansion on Palestinian land, to continue to forcibly displace the Palestinian people and to prevent the return of 7 million refugees, the international community and the UN look on. Their failure to enforce the rule of law in the case of Israel leaves the struggle for justice and the basic rights of the Palestinian people to the people themselves, civil society and their international supporters. The findings of the Russell Tribunal have reinforced previous studies and apartheid terminology used by scholars, special rapporteurs, NGO's and political activists. It is the first time, however, that the apartheid framework has been applied as a single regime over the entirety of historic Palestine. It is a regime first implemented in 1948 and expanded into the OPT in 1967, the purpose of which is to manage the status quo while Israel continues to transfer the Palestinian people out and the Jewish people in – in effect, a legalized population transfer scheme, managed by an apartheid system.2

Though modelled on the prevailing situation in South Africa, the 1973 Apartheid Convention was intended to apply to similar situations outside South Africa. This was confirmed by the inclusion of the crime of apartheid in the 1998 Rome Statute of the International Criminal Court, drafted four years after the fall of the South African regime. There is no doubt that the laws and policies of the Zionist Israeli regime fit exactly within the definition of the crime of apartheid. That is not to suggest, however, that the regime is the same as that of South Africa, nor that the overall goal is the same. In South Africa, exploitation of the indigenous people was the goal. In Palestine, forcible displacement of the indigenous people is the goal of the Zionist regime. It is necessary to recognize and identify the regime for what it is: a single regime of apartheid born out of a colonialist project which aims to create a Jewish state over all of historic Palestine. John Reynolds3 has elaborated on the advantages of the apartheid framework over the alternative legal approach, which divides Israel from the OPT and focuses on breaches of international humanitarian law (IHL) in the OPT. He suggests that this can create "legal and geographical masks over the realities of the situation" and runs the "risk of legitimizing the underlying segregation." IHL assumes an occupation to be a temporary measure rather than a situation lasting for nearly 64 years. If Israel is found to be breaching the peremptory legal prohibitions on apartheid and colonialism, this may suggest that the occupation is itself illegal.4

The apartheid framework correctly conveys the gravity of the situation faced by the Palestinian people, whose very existence is threatened, and should, if international law is to be respected, spur the international community and the UN to action to bring it to an end. The prohibition on apartheid has customary status within international law, meaning that it applies to all states whether or not they have ratified the relevant treaties. If Israel were found to be breaching the prohibitions on colonialism and apartheid, as well as the individual criminal responsibility assigned to the perpetrators, this would activate three obligations for all states – to cooperate to bring an end to the violation, to refuse to recognize the illegal situation and not to render aid or assistance.5

The international community has identified three regimes as inimical to human rights -
colonialism, apartheid and foreign occupation. Israel is clearly in military occupation of the
OPT. At the same time elements of the occupation constitute forms of colonialism and of
apartheid, which are contrary to international law. What are the legal consequences of a regime of prolonged occupation with features of colonialism and apartheid for the occupied people, the occupying Power and third States? It is suggested that this question might appropriately be put to the International Court of Justice for a further advisory opinion.6

This suggestion was reititerated by current Special Rapporteur, Richard Falk, in his 2011 report7 to the Human Rights Council and, once again, by the Russell Tribunal. Since, based on precedent, there is no reason to believe that the UN and the international community are about to fulfill their obligations towards the situation in Palestine any time soon, is it not time to submit this question to the International Court of Justice?

This issue goes into more depth regarding the vision of an anti-apartheid movement, beginning with a commentary on the legal right to resistance in the context of a national liberation struggle against colonialism and apartheid. Jeff Handmaker writes about the prospects for ending Israel's impunity in the face of apartheid and other crimes. Amjad Alqassis illustrates the obstacles faced by the architects of the Zionist project and how those obstacles were overcome, explaining how the apartheid system was established in the Israeli context and its overall aim. Adri Nieuwhof reflects on her experience of, and lessons learned from, the South African experience, elaborating on the importance of international support, coordination and BDS. Hazem Jamjoum's contribution focuses on the denial of the right of return as an act of apartheid and the centrality of the refugee issue to Israeli apartheid. Toufic Haddad highlights the significance of the changing terminology of the US, in its reference to the "Jewish State" and suggests how activists can take advantage of the inherent contradiction in the self-description as "Jewish and democratic." Finally, Rifat Kassis gives a Christian perspective on the struggle against apartheid codified in the Kairos document.

In the final section we highlight the recent successes of the BDS movement and provide a summary of the findings of the Russell Tribunal.

More in this category: The Right to Resist »
back to top