Towards a Comprehensive Rights-Based Strategy 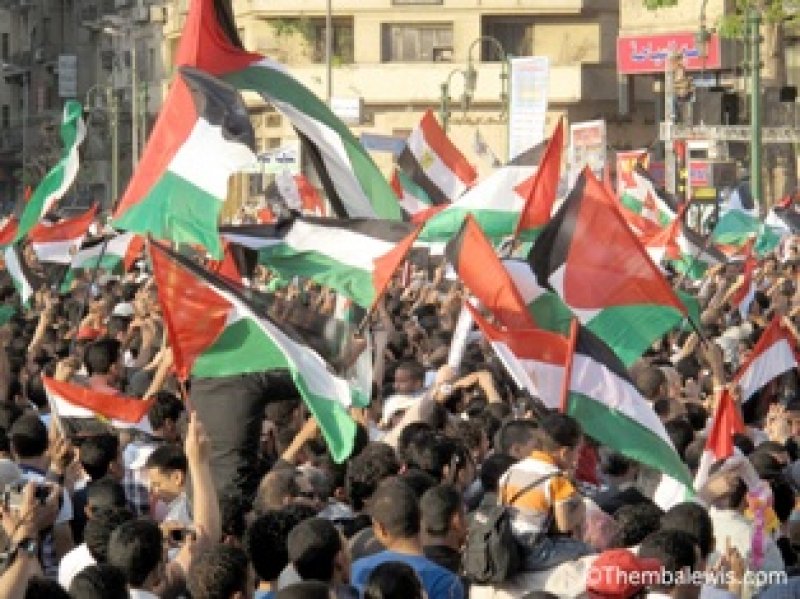 The sea change disrupting the repressive status quo of authoritarian regimes throughout the Arab world seemingly slows into a calm wave on the shores of Palestine. While significant events, including the intersubjective acceptance of the peace process’s failure, and the unprecedented popular marches onto Israel proper’s borders, have marked development, these events have done little to halt the ongoing displacement and dispossession experienced by the Palestinian people. Nevertheless, mounting victories in the name of self-determination, democracy, freedom, and dignity throughout the Arab world provide hope to Palestinians and their allies as they enter a new phase after two decades of a failed peace process.

In contrast with the clarity of the Arab Spring, and a rights-based approach in which its ideals are rooted, the United Nations and powerful Western States have sought to maintain the dominant politically-driven approach and have scrambled to ensure the protection of their interests in the region. Whereas Arab streets have called for unqualified freedom and dignity, the international community has answered with staccato duplicity. In some cases, the full force of the international legal and military system has been brought to bear against regimes in a matter of weeks (i.e., Libya), while in others, alliances have been consolidated and 'national dialogue' encouraged in the face of egregious and ongoing human rights violations (i.e., Bahrain).

Perhaps no group has felt the consequences of the resulting protection gap more acutely than the Palestinian refugees across the Arab world. In the face of conflict, the vulnerable status of Palestinian refugees has subjected them to some of the Arab Spring’s harshest consequences. For example, the Syrian regime indiscriminately targeted Palestinian refugee camps in Latakia, forcing thousands of refugees to flee their homes. In a horrifying repeat of the 1994 expulsions of Palestinians from Libya at the advent of the Palestinian-Israeli peace process, in 2011 Palestinians again found themselves trapped in a no-man’s land on the Libyan-Egyptian border with little to no protection provided by international humanitarian agencies.

Meanwhile, the international community has remained consistent in its tolerance and support of Israel’s regime of occupation, colonialism and Apartheid and its ongoing policy of forced population transfer. Consequently, Israel’s systemic human rights violations have intensified in violence and momentum. For example, between July 2010 and the present, Israeli authorities have demolished the Palestinian Bedouin village of Al Araqib no less than 28 times and sued the indigenous population for the cost of eviction and destruction.1 Similar demolitions and forced displacement continue unabated in the Jordan Valley and occupied East Jerusalem, while the people of Gaza continue to face regular aerial bombardment.

As well as enjoying absolute impunity regarding ongoing and historic crimes, Israel has recently enacted further legislation to shield itself from scrutiny. In July 2011, it passed the anti-democratic Boycott Law which prohibits its citizens from boycotting the State’s colonial and apartheid practices and subjects them to civil suits by its settler population, with no necessity for the settlers to prove that damage was actually done.

In the face of mounting violations in a context of tumultuous change, the US insists upon tired remedies, namely a peace process devoid of reference to international law, which serves only to give more time to Israel to continue its expansion. Mindful of a new context wherein Arab streets demand accountable representation, and already vulnerable following the devastating contents of Al Jazeera’s Palestine Papers, the Palestinian leadership has refused to return to the US-Israeli negotiation table. Instead, in a last-ditch effort to save the two - state solution, it now seeks a unilateral declaration of statehood on the June 1967 borders.

While the move has sparked an ongoing debate regarding the enhanced legal mechanisms afforded by statehood, for refugees living in forced exile, legal accountability is secondary to issues of representation. Refugees fear that the declaration may lead to the replacement of the PLO, representing the Palestinian people in their entirety, with the State of Palestine, representing only those residing in the OPT. Given this danger, BADIL insists that any legal maneuver at the UN must maintain the rights of all the Palestinian people, including the refugees and Palestinian citizens of Israel, to self-determination, national independence, sovereignty and return.2 To do so, BADIL insists that Palestine as a State will not supplant the PLO as the representative of the Palestinians in the UN and empahizes that all Palestinians have the right to equally participate in, and be represented by, the PLO.

In light of this particular concern, the uncertainty surrounding the outcome of such a move, and an acute awareness that the situation on the ground is unlikely to change, even with recognition of statehood, it remains essential to continue with a rights-based approach. This issue of al Majdal takes a look at the emergent strategies in the struggle for Palestinian rights in light of the Arab Spring and the evident failure of peace negotiations.

In his article on the global and transnational efforts at Palestinian self-organization, Omar Shweiki reports on the burgeoning campaign for direct elections to the Palestinian National Council, the highest legislative body of the Palestinian people, which has ceased to function since the advent of the peace process in the early 1990s. He looks at the Civitas mobilization between 2002-2006 and explains the background to the current campaign demanding representation for Palestinians everywhere. Wisam Saliby provides a history of BDS in the Arab world and its potential in the context of the 2011 uprisings. BADIL's staff present interviews conducted with Palestinian youth who marched to Palestine’s borders on Nakba Day 2011. BADIL’s Legal Advocacy Consultant writes about the role and work of the Special Rapporteur for Human Rights to the OPT, Richard Falk and Simone O'Broin brings readers up to speed with developments related to the Goldstone report as it comes up for discussion to the UN General Assembly in September. Also included in this issue is an update on the BADIL-Zochrot project which discusses practical aspects of refugee return.

The articles herein illustrate various emerging strategies, incorporating a rights-based approach, aimed at applying pressure on Israel to meet its international legal obligations. The many millions calling for an end to human rights abuses and the tyranny of lawlessness throughout the Arab world has changed the political landscape and adds strength to this strategic approach. As BDS constitutes the cornerstone in this configuration, we include the movement’s most significant successes in 2011 at the end of this issue of al Majdal.

More in this category: Professor Falk at the UN »
back to top