Writing the Disappearance of Palestine 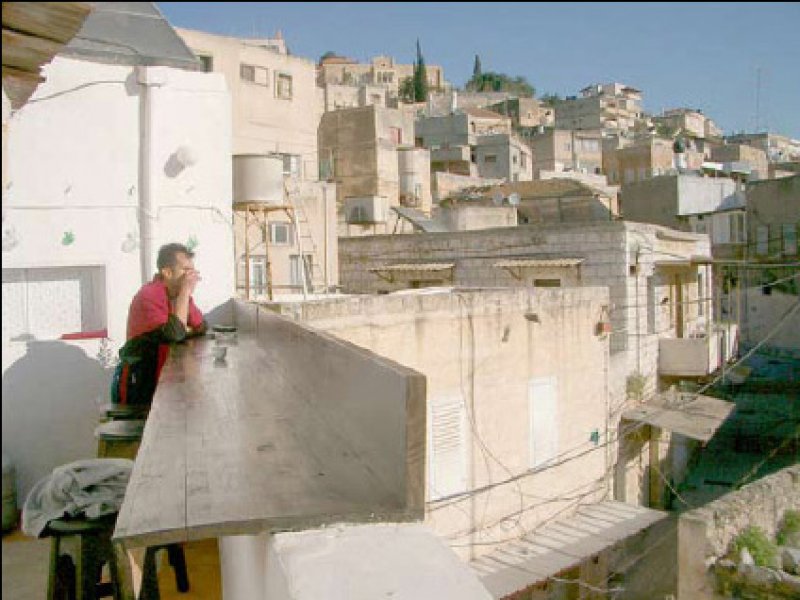 Disappearing Palestine was my third book in three years, and the one that was least planned. Trained more as a journalist than as an academic, I prefer to work “on the hoof” – and against deadline – covering the latest developments in the region. But at the same time I think a worthwhile book must take account of the bigger picture, connecting the dots for readers, and offer a deeper analysis than that provided by our media – and, sadly, by many of our academics too.

Also, writing a useful book about Israel demands that one set aside fears of potential slurs on one’s character.

In each book I have sought to marry the academic and journalistic approaches, respecting the need for sourcing, intellectual rigor, and the concentration on significant and enduring themes while trying not to sacrifice topicality. It is always a difficult balance. But things are moving so fast on the ground here that a meaningful analysis requires familiarity with day-to-day events and developments, the modus operandi of most journalists rather than academics.

Certainly, Disappearing Palestine was written quickly, as all my books have been. This one was completed in about six months. But in fact it was drafted even faster than that: during the period of writing I became a father for the first time and abandoned the work for several weeks. You can only write a book that quickly if you already have a firm grasp of the material and are prepared to put aside all other work. Few journalists are in that position, both because their posting to the region usually lasts only a year or two and because they have to stay on the treadmill of producing regular reports.

Effectively, I took a short sabbatical, concentrating almost exclusively on the book-writing. In fact, that is the way I have worked on all three books. Paradoxically my move to writing books rather than reporting was largely a result of the ever greater difficulties I faced getting my articles into print.

I intended to write my first book, Blood and Religion, during what was supposed to be a year’s break from my job at the Observer newspaper in London. But almost as soon as I arrived in Nazareth in 2001, I got sidetracked into journalism. In the end it took four years before I found the time to start work on the book – a delay that I hope made the analysis in that book much stronger.

During those years, two things happened that made the writing of the three books an increasingly appealing prospect.

The first was that I accumulated a vast amount of factual information about what was happening to the Palestinians in both the occupied territories and inside Israel. I also became increasingly conscious of the parallels in the Palestinian experience on both sides of the Green Line and of the overarching objectives of Israeli policy that few people seemed to be discussing.

It was as if I had over-eaten so badly that the only way to feel normal again was by vomiting all this stuff out. The writing process, for me, was a kind of therapy.

The second was that the longer I spent in Israel-Palestine, the harder it had become to find publications prepared to print my articles. Newspapers in London and other Western media that had previously published my work became increasingly wary of me. They were uncomfortable with the issues I presented, especially on developments inside Israel. Most Western media consider the Israel-Palestine conflict to have started with the 1967 occupation. Try to discuss issues relating to 1948 or to the current discriminatory policies affecting the Palestinians living as Israeli citizens and editors recoil. Also, the Arab media in English, which have shown a greater interest in my work, started to find themselves in financial trouble.

They either stopped paying or cut wages to the point where it cost me more in expenses to write the story than I earned from it. In these circumstances – when I was barely making a living as a journalist – taking long periods off to write books became increasingly attractive.

The circumstances in which I came to write Disappearing Palestine, however, were slightly different from the other two books. In Blood and Religion, I set out to explain what Israel was hoping to achieve through its current unilateral separation policies towards the Palestinians. The book was unique, I think, in the way it placed the Palestinian citizens of Israel and their perceived “demographic threat” to Israel’s Jewishness at the centre of the analysis. The second
book, Israel and the Clash of Civilizations, sought both to examine Israeli policy in the wider Middle East by relating it to Israel’s historic treatment of the Palestinians and to puncture a disabling and misleading debate on the left about who controls US foreign policy. I had thought about the key issues in both books for some time. They were largely complementary works.

Disappearing Palestine, on the other hand, could almost be called an accidental book. A publisher had proposed that I edit a volume of my journalistic writings. I was slightly unsure about the idea but decided it might be useful if the material was preceded by a substantial introduction connecting and developing the ideas in the selected essays. I had already decided
on the title: Disappearing Palestine. I liked the double implication that Palestine was vanishing and that it was being made to vanish, as in a conjuring trick, by Israel. The title heavily determined which essays I selected and the planned themes of the introduction.

The main task in writing the introduction was to explain both how this conjuring trick had been maintained over many decades and why none of our media, human rights organizations or Israel’s own left-wing critics had been successful in exposing the deception. I wanted to show that making the Palestinians disappear had been the goal of the Zionists since before Israel’s creation, then explain the mechanics of how this disappearing act was concealed, and finally expose the obfuscations offered by too many of Israel’s mainstream critics. It was far too tall an order for an introduction, and the section ballooned into a small book of its own. As a consequence, the collected essays shrunk – though they did not entirely “disappear”. The result is a fairly long book, divided into two parts.

In the end, I tried to achieve two goals in the book’s main, first section – formerly the introduction. First, I wanted to offer a kind of beginner’s guide to the conflict but one that did not fall into the trap of simplifying the material or of insulting the reader’s intelligence. I covered all the main events of the region’s recent history but, by using the theme of Palestine’s disappearance, I was able to keep the focus on the core issue of the conflict. I hope there is a depth as well as a breadth to the analysis.

Second, I used the research for the book as a way to answer my own questions about how this trick worked, particularly in relation to the theft of Palestinian land. There is a complex web of legal fictions devised by Israel to maintain its image as a legitimate, democratic state despite its oppression of the Palestinians under occupation and inside Israel itself. I knew a lot about the practical effects of this deception but wanted to demolish the “legal façade”. I hope that is the book’s main achievement.

As far as feedback is concerned, it is still early days, though the reviews – and blogs – so far
have been enthusiastic. Books like this one tend to reach a fairly specialist and engaged audience. They are certain to be overlooked by mainstream publications. But unfortunately I fear there is also a danger that, because I am identified as a journalist, my books may fail to win an audience among some in the academic community too.

When I studied Middle East politics for a master’s degree at the School of Oriental and African Studies in London a decade ago, I was surprised by the stultifying atmosphere surrounding the study of Israel. I would like to think that books such as Disappearing Palestine can reinvigorate the debate a little in our universities.

Meanwhile, I have two more books I am keen to write that would develop Disappearing Palestine’s ideas further. For the time being they will have to simmer on the backburner. Since the book’s publication, I am working once again as a journalist, for an Arab newspaper.