Salman Abu Sitta
Strategies for the Defense of the Right of Return (Issue No.6, Summer 2000) 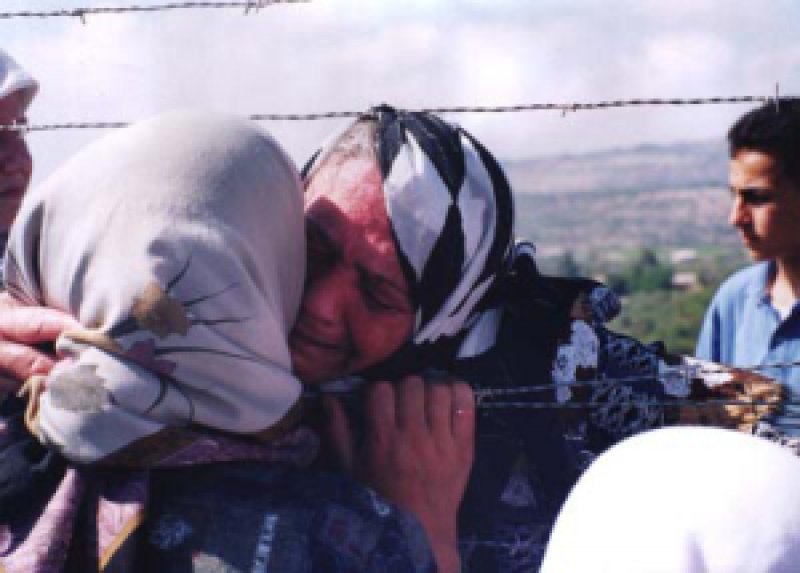 (excerpts from Brief by Salman Abu Sitta)
In mid-June, 52 members of the Israeli Knesset, representing an odd coalition, voted in favor of two bills allowing the sale of Israels land reserves (i.e. refugees land), approximately 4 million dunums (4,000 sq. km), to the select group of kibbutz and moshav, whose number does not exceed 130,000 members, at a price less than half the value of the land.

Those in turn will sell it to building contractors. The Israel Land Administration (ILA) shall therefore change the designation of these lands from agriculture to building plots. The ILA is the arm which administers the refugees land since its seizure in 1948. The area of this land is 92% of Israels area. This action is contrary to international law and to Israels initial law in 1950, which created the position of the Custodian of Absentees Property.

The legal title of these lands is held by the Palestinians who are refugees outside Israel (5,200,000) and within Israel (250,000). The sanctity of private ownership is held by international law and respected by civilized nations. UN resolution 54/74 of December 1999 affirms the refugees right to their property and to their income from it. Further, it calls upon all nations to supply any information or documents they have pertaining to this property.

The implications of such disposition of refugees are many fold. First, as long as the land is leased, not sold, the legal rights of the original owners are not easily extinguished. The sale to a third party will complicate the legal structure of the ownership and unwinding of the sale transactions. An interesting intervention was made by the impoverished Sephardic community who did not enjoy the extravagant benefits showered on the Kibbutz. They formed a group, Hakeshet Hamizrahit, which petitioned the High Court this week against sale of land to the Kibbutz and stated that the land in question was largely expropriated from Palestinians and thus transferring property rights to the inhabitants of the rural communities means negating forever the Palestinian refugees right of return.

Second, the portion now slated for sale exceeds sixty billion US dollars. This value beongs to the Palestinians, who, although they will never accept to sell their land, only to restitute (recover) it, this amount could be allocated to a fund to pay for their material and psychological damages and lost revenues.

Third, the Arab League has already resolved on 16 September 1998 to apply to the UNsend a fact-finding mission to investigate the status of the Palestinians property, to appoint a Custodian to monitor changes to such property and report periodically to the UN and finally to activate the UN Conciliation Commission on Palestine. This action by the Arab League should now be activated and updated.

Israeli Government Again Delays Return of Internally Displaced Residents of Ikrit in the Northern Galilee In late May, the High Court agreed to grant the Israeli government a three-month extension for responding to a petition by exiled residents of the Palestinian village of Ikrit, who are demanding that Prime Minister Ehud Barak implement a 1995 government committee  ecommendation allowing them to return to their northern border homes. The government asked for four months, saying that it must take into account the new situation following the Israeli army (IDF) withdrawal from southern Lebanon.

The petition was originally submitted by exiled Ikrit resident Awni Sabit in 1997. See al-Majdal, Issue No. 5, and Country Profiles for
information on internally displaced Palestinians. Trans-Israel Highway and the Expropriation of Palestinian Land Approximately 85% of the 20,000 dunums required for construction of the new Trans-Israel Highway (No. 6), running from the Naqab (Negev) in the south to the Lebanese border in the north, will be expropriated from Palestinian citizens of Israel. Many Palestinians have refused the small compensation offered for their land, which is regarded as discriminatory and illegal.According to the Arab Human Rights Association  inside Israel, "This blatant discrimination is no simple oversight on the part of the Israeli government.

The proposed route of Highway 6 hugs the border of the West Bank, moving the demographics of the country eastward. Laying the road along this line will encourage new Jewish real estate developments to spring up, separating the Arab towns in the "Triangle" from the West Bank and from each other." In late June, the Finance Minister announced that alternative plots of land would be offered for expropriated private property. Since 1948,  alestinian ownership of land inside Israel has decreased from 5 percent of the total land area to 3 percent, due to government-sponsored expropriation of land.

The family was served an initial expropriation order for the land in January 1968. Four years later, the Israel Lands Administration sold the land to the Hebrew University. For several years, the Hebrew University, which claims ownership of the land, has been attempting to take control of the property for expansion of the University infrastructure. The University had previously attempted to move the family off their land in 1998, concerned about the statute of limitations on the original expropriation order.

More in this category: « Refugee Properties:Protection of PalestinianReligious Properties 52nd Anniversary:of the Palestinian Expulsion Nakba Day Activities »
back to top