Israel: No-Show Yet Again at its Review 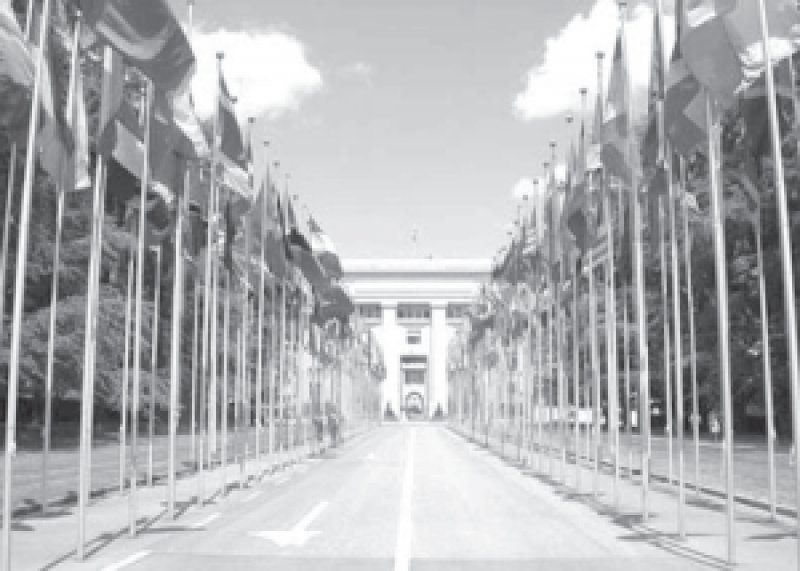 Before the Committee on the Elimination of Racial Discrimination
“But what did we do wrong? We were just at home.”(1)
These are the words of 14 year old Ghassan Ghabeen from Beit Lahia in Northern Gaza, spoken after his house was shelled by Israeli forces on April 10th, 2006 rendering Ghassan homeless
with his parents and six brothers and sisters. His sister Hadeel did not survive the attack.
But these words could have been uttered by one of the 400,000  alestinian refugees living in Lebanon, many of whom have been  ade refugees or internally displaced yet again by Israel’s  ombardment that is continuing in Lebanon as I write.(2)

(3) The text of ICERD is available at http://www.ohchr.org/english/law/cerd.htm. ICERD was adopted on December 21st, 1965 and has been in force since January 4th, 1969. Israel signed the Convention on March 7th, 1965 and ratified it on January 3rd, 1979.
(4) Preamble, International Convention on the Elimination of All Forms of Racial Discrimination.
(5) The other Committee members of the 69th Session of CERD hail from Egypt, Algeria, the RussianFederation, Guatamala, Burkino-Faso, Togo, South Africa, D enmark, Brazil, India, Pakistan, Greece,China, the United Kingdom, Ecuador and Argentina.
(6) The five NGOs appearing before CERD included Badil, the Housing and Land Rights Network, www.
hlrn.org, the International Association of Democratic Lawyers, www.iadllaw.org, the Negev Co- Existence Forum for Civil Equality, http://dukium.org/index.php?newlang=english, and the National Lawyers Guild, www.nlg.org.
(7) Section B(8)(ii), CERD/A/48/18, Annex III, 48th Session, Sept. 1993.
(8) A copy of the statement submitted before the Secretariat of CERD may be obtained from the Housing and Land Rights Network, This email address is being protected from spambots. You need JavaScript enabled to view it..
(9) See e.g., Fatal Strikes: Israel’s Indiscriminate Attacks Against Civilians in Lebanon, HUMAN RIGHTS WATCH, Aug. 2006, Volume 18, No. 3(E), available at www.hrw.org.

(12) Statement by committee member of CERD to Zaha Hassan on August 9th, 2006 in Geneva, Switzerland.
(13) The UN Human Rights Council held a special session to consider the situation in Lebanon on August 11th. For a report on the second special session, see PRESS RELEASE, Second Special Session of Human Rights Council Decides to Establish High Level Inquiry Commission on Lebanon: Council Strongly Condemns Grave Violations of Human Rights in Lebanon, UNOG Media Office, August 11th, 2006, available at http://www.unog.ch/unog/website/news_media.nsf/(httpNewsByYear_en)/F16C6E9AE9 8880A0C12571C700379F8C?OpenDocument. The Council’s special session is only the second such session held since the creation of the Human Rights Council, a reformed version of the discredited Human Rights Commission. The first special session dealt with Israel’s siege over and bombardment of Gaza and its abduction of Palestinian cabinet ministers. For the first special session, see Report of the First Special Session of the Human Rights Council, A/HRC/S-1/3, July 5th-6th, 2006, available athttp://www.ohchr.org/english/bodies/hrcouncil/specialsession/index.htm.
(1 4) See, PRESS RELEASE, Committee on the Elimination of Racial Discrimination Issues Statement on Lebanon, UNOG Media Office, August 11th, 2006, available at http://www.unog.ch/unog/website/news_  media.nsf/(httpNewsByYear_en)/EC844D5598EE5C0DC12571C700378ECE?OpenDocument.

More in this category: « 2006 Palestinian Economy:De-development and Dependency Caged in, Locked Out »
back to top