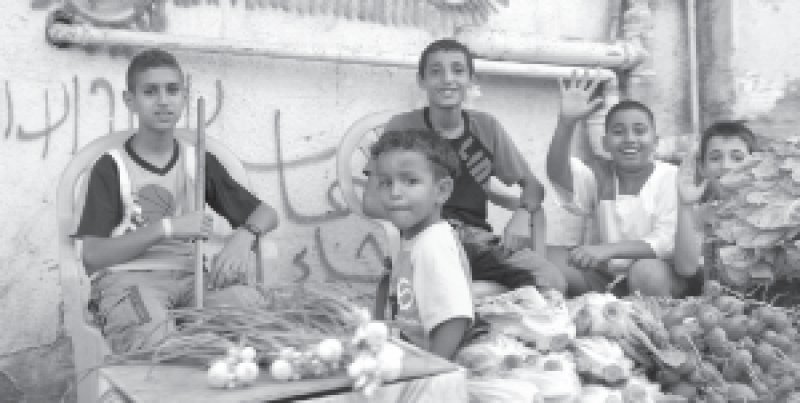 Introduction
Recently published World Bank and UNCTAD reports give dire warnings about the state Rof the Palestinian economy and its ability to recover from the economic crisi tsh oef s tthaties year. Their calculations are indeed shocking. The World Bank predicts that if the current situation is allowed to continue through the end of 2006, 67% of the Palestinian population will be living in poverty, while Palestinians’ average income will fall by 40%. They warn that 2006 may be the worst year in Palestinian economic history.

Even more troubling is the potential inability of the economy to recover. Structural changes have been, and are taking place that greatly hinder recovery. Even if aid is increased, the Israeli closure regime loosened, and Israel agrees to transfer clearance revenues to the PA, the capacity of the West Bank and Gaza Strip to generate economic growth is increasingly questioned.(1)

The economic shock occurred due to US, EU and Israeli reaction to the election of a Hamas-led government in January of 2006. In addition to tightening security checks and increasing closure at borders, Israel stopped transferring customs duties and VAT, which account for two thirds of the PA budget, in mid-February. In late March, key donors such as the US and EU, halted flows of aid to the PA. Some donors also withdrew funding from the Palestinian private sector-one example being a complete freeze on USAID grants to private sector projects. For the population, the worsening conditions brought about by 165,000 civil servants not receiving salaries and the Palestinian Authority’s inability to carry out its assistance programs, are grave. One-quarter to one-third of the population is now without its primary source of income. UNCTAD reports that, “households appear to have exhausted coping strategies, and even before the 2006 shock, about 67% of households were in need of emergency humanitarian assistance, while 37% were food-insecure.

The Role of Aid—Why Aid Won’t Halt Economic Deterioration
While funding directed to and through the PA has been completely severed, (with the exception of contributions from Arab countries that have been snuck into Gaza by suitcase) some aid is being redirected through organizations outside the PA. In September at a donor conference in Stockholm around 500 million USD was pledge.(2) Earlier, in June, the Quartet endorsed an EU proposal to provide funding for hospitals and health care centers, energy utilities, and social allowances for health care providers and the most vulnerable Palestinians. So far the European Commission has allocated 90 million Euros for the project.

This aid, though vital to the population, is problematic in two fundamental ways: first, it risks replacing the work of PA institutions with NGOs and the private sector, second, it provides relief full stop, it does not address at all the structure of occupation which  has caused the desperate situation. If aid that is redirected outside PA channels becomes a permanent fixture, it endangers the policy-making potential of PA institutions. The power Palestinian officials once had to make decisions concerning development would be stripped away, as decisions would be driven to an even greater extent by donor countries. Just as damaging, as Sara Roy points out, by not challenging the nature of occupation and the poverty it causes, “donor aid-despite its critical importance- will solidify the structures of occupation by simply ignoring them.”(3)
In essence a second tier of occupation is created. Functions of the Palestinian government are in jeopardy of being occupied by the
international community that helped to establish them. This dual occupation by Israel and the international community work to empty the Palestinian territories of the potential of a viable economy and the power of even limited selfgovernance.

Prospects for Economic Recovery
Aid is not enough to redress the economic deterioration that is occurring under continued occupation. In its report UNCTAD notes that although aid doubled between 1999 and 2002, from ½ billionto 1 billion USD annually, real GDP in the Palestinian Territories decreased by 15%. As occupation continues and the structural imbalances it creates deepen, economic development recedes ever further into the distance.
Roy first pointed out in 1987, with regards to the Gazan economy, that the Israeli occupation has caused not dependent development, but de-development. In the weaker of two economies, dependent development allows for industrialization and the ensuing structural growth, even though this growth is fashioned to serve the interests of the stronger economy. However, de-development prevents the development process from functioning at all.(4)

Israeli control of external borders and internal movement, and their authority to dictate tariffs ensures the de-development of the Palestinian economy. While Gaza is sealed from the outside, the West Bank is fragmented internally by checkpoints, with the north being particularly severed from other West Bank markets.(5)
Fragmentation entails the creation of economic enclaves: trade relations between districts, and between urban and rural areas, are cut. Thus, markets for producers become smaller and more local. The director of the Palestinian Food Industries Association, Fuad Akra, reported 90% of food manufacturers sell the entirety of their product in the same city where it is produced.

The damage done to the agricultural sector by checkpoints is massive. Back-to-back checkpoints, where goods must be unloaded, inspected and loaded onto a second vehicle, exist not only along the West Bank and Gaza’s external borders, but also at Beituniya in Ramallah and Huwwara in Nablus. Long delays at checkpoints raise transportation costs, which decrease the competitiveness of Palestinian goods. Along some routes in the West Bank transportation costs have risen 6-7 times, says the World Bank. The World Bank also has found that, during the winter agricultural season each day the Karni crossing in Gaza is closed results in an estimated $600,000 US in direct losses for Palestinian exporters. With trade diminishing and 15% of the West Bank’s agricultural land being confiscated by the Wall, the agricultural sector, which was once strong enough to partially absorb the unemployed, is suffering tremendously.(6)
High transportation costs and unreliable delivery as a result of heckpoints and closure have decreased Palestinian firms’ capacity to trade and their ability to attract investment. The PA’s lack of investment in industry, alongside political instability does little
to invite foreign investors’ interest. Accordingly, without industrialization the Palestinian Territories do not accumulate capital (physical equipment, human resources etc.) and the modes of production turn towards more traditional forms.
Whereas Palestinians face brutal obstacles to both external and internal trade, Israel has maintained the Palestinian territories as a captive market for its goods through its tariff regime. Under the Paris Protocol, which was negotiated in 1994, the Palestinians were given the ability to set tariffs for limited numbers of certain types of goods. All the same, Israel retained the right to set tariffs for mostgoods and has set particularly high tariffs for certain goods,  uch as powdered milk and electronics, produced in Israel. Therefore, many Israeli goods lack competition in terms of cost, as imported goods are sold at a much higher price due to tariffs.

Conclusion
Due to these structural weaknesses of the Palestinian economy, it is increasingly difficult for the economy to recover from economic shocks, such as the one it is experiencing today.
Moreover, the Palestinian Authority does not have many of the essential policy tools to steer an economy. As the Palestinians do not have their own currency, the PA cannot alter exchange rates to deal effectively with sharp economic decline.
Although the possibility of a two-state solution is more and more questioned, if two states areto exist, it is essential that a Palestinian state have a viable economy . An economy capable of strong growth is absolutely necessary if the rapidly expanding population s to find work, and the government is to have the capacity to raise revenues and function. To reach this point change must occur on the political front, and agreements must be drawn up and implemented that create the means for a sound Palestinian economy.
Susan Goedeken is a graduate student at the American University of Beirut. ]

More in this category: « Palestinians in Iraq Under Attack Israel: No-Show Yet Again at its Review »
back to top