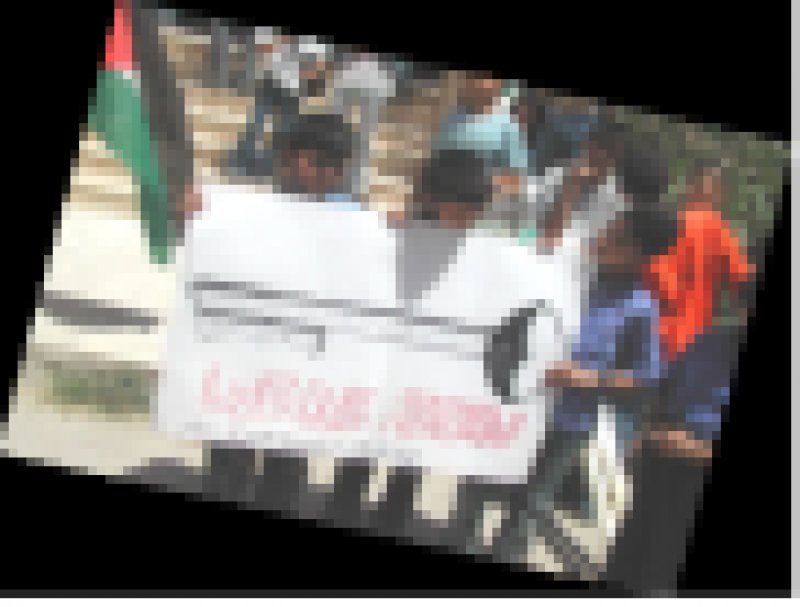 The Role of International and Local Aid during the second Intifada
Excerpts from a Report Prepared by the Graduate Institute of Development Studies (IUED), University of Geneva

In March 2003, the Graduate Institute of Development Studies at the University of Geneva, published its 5th report on the Role of International and Local Aid during the second Intifada. The 156-page report includes information on the socio-economic conditions of Palestinians in the 1967 occupied Palestinian territories, food, health and education, women and children, assistance, UNRWA, and the impact of aid and Palestinians’ perceptions.

Like previous IUED reports, the material includes information specific to refugees and by area of residence (i.e., camps, villages, and cities). Below is a short summary of the some of the key findings concerning Palestinian refugees in the 1967 occupied Palestinian territories. The study is based on a representative sample of 1,377 Palestinians over the age of 18, interviewed face-to-face in early November 2002.

From a more general point of view, there are no differences between villages and cities regarding the risk of poverty and extreme poverty, but that this risk is much higher in refugee camps. Indeed, the poverty rate in refugee camps stands at 75% compared to 60% in cities and villages. Furthermore, whereas the rate of hardship cases reaches 39% in refugee camps, it is about 25% in cities and villages. As could be expected, refugees are more likely to be poor than non-refugees. The poverty rate of the former is 68% whereas it is 57% for the latter. However, the difference in hardship cases is less significant 29% compared to 27%.

Expectations about the Future

Gathering information about people’s expectations for the future is another important element to gauge a population’s perception of their economic and social situation. In general, when interviewees were asked how they expected poverty to evolve in the next six months, the large majority of 78% responded that they expected poverty to increase. There are, however, important differences in opinion according to the place of residence of the respondents. West Bank respondents, whether residing in camps (90%) or outside camps (81%), are far more pessimistic about the future than compatriots in the Gaza Strip, whether residing in camps (68%) or outside camps (70%). The higher level of pessimism among West Bank respondents regarding the future evolution of poverty is most likely a result of the extremely strenuous closure policy and the higher level of military occupation that residents in the West Bank had to deal with over the past months. Finally, it is important to note the extraordinary high level of pessimism in Jerusalem, where 95% of the respondents expected poverty to increase in the next six months.

Under such conditions, it is not surprising to see that 56% of the respondents declared it was difficult or very difficult for them, or for their family members to go to work. 14% declared that this was almost impossible. Villagers have been particularly hit by mobility restrictions as a result of their isolation and their inability to reach the work place. Indeed, 20% of them emphasized that it was almost impossible for them to go to work in the past 12 months and 61% stated that it was difficult or very difficult, whereas the rates where respectively 9% and 57% for cities and 17% and 43% for refugee camp residents.

The effects of mobility restrictions were felt in some places more than others. West Bank refugee camp residents were the most affected from this point of view as 31% of the respondents declared that it was almost impossible to go to work and 69% said that it was difficult and very difficult. When examining the ability of Palestinians to go to work according to area of residence, it is clear that the West Bank suffered the most over the past 12 months and has been affected very negatively by mobility restrictions as compared to the Gaza Strip and Jerusalem. 59% of the Gaza Strip respondents (including Gaza refugee camps) said that it was not difficult to go to work, whereas almost all the West Bank respondents had some difficulties to go to work during that period.

A similar trend towards mass unemployment is also observed when analyzing the employment situation according to refugee status. 26% of the refugee respondents declared to be employed full-time and 18% said that they were unemployed. Among non-refugees, the rates were respectively 22% and 18%. In fact, unemployment increased much faster among non-refugees, as in November 2001 only 12% of them were unemployed compared to 17% of the refugee respondents (Bocco, Brunner, Daneels and Rabah 2001:42).

The report was written by Riccardo Bocco, Matthias Brunner, Isabelle Deneels, Frédéric LaPeyre, and Jamil Rabah. The study was funded by SDC - Swiss Agency for Development and Cooperation, UNDP, UNICEF, UNRWA and the UN World Food Program. Copies of the IUED reports are available at the IUED website, www.iued.unige.ch/information/publications/rapp_palestine.html

More in this category: « The Growing Problem of Palestinian Internal Displacement Palestinian Community Debate and Workshops »
back to top